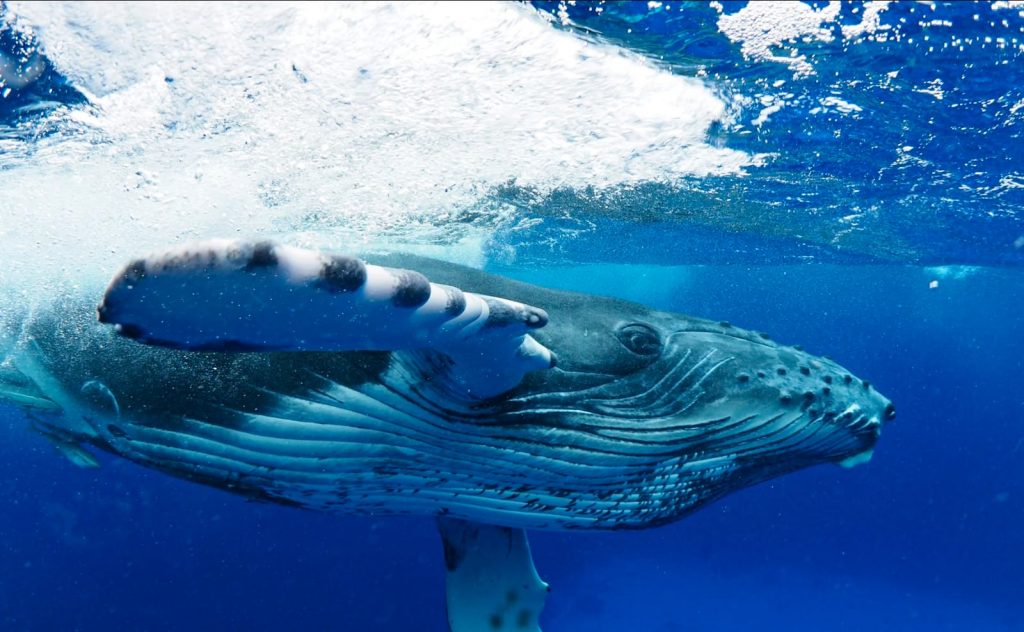 As a self-confessed whale nerd, I have a huge soft spot for these magnificent beasts. Swimming with whales, researching their behaviours and DNA, having whale poop in my freezer (for science not smoothies), rescuing whales, and sometimes having to cut them up for a better understanding of the environment, has given me an appreciation and love for whales like no other animal. Spending time with them in their home, the ocean, has changed my perception of the world and has created a platform to educate others about the importance of our blue planet.

Whales are the gentle, charismatic megafauna of the sea. Some species are the length of a shipping container, others the size of two buses put end-to-end! It is almost unfathomable to imagine their incredible size, let alone envision the amount of krill they need to eat to survive- tens of tonnes a day!

And what goes in must come out!

Yes, a whale poo, more accurately described as a poonami, is a brown cloud of glorious life-creating, carbon-capturing goodness. No matter where you live in the world, the shores of the South Pacific, to the heights of the Rocky Mountains, everyone is essentially connected, potentially even reliant, on the bowel movements of our Great Whale species for carbon capture and oxygen production. 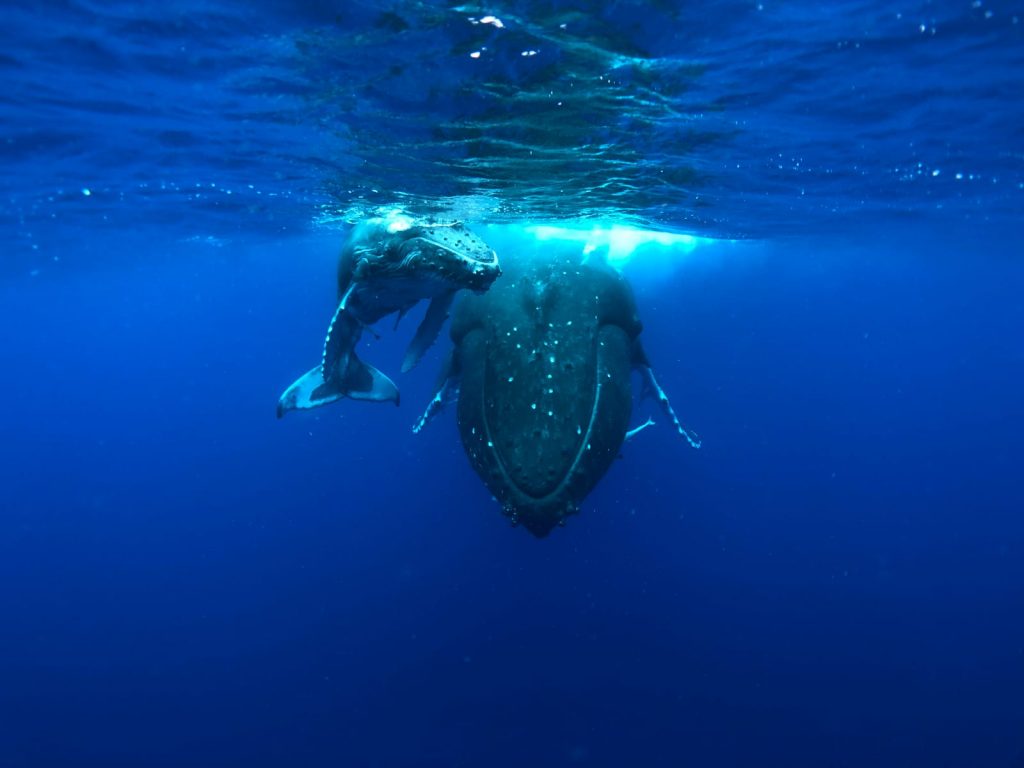 Sperm whales and Baleen are able to sequester the greenhouse gas, carbon, out of our atmosphere in a few ingenious ways:

They can be literal carbon sinks:

Our Giant whales hoard carbon in their fat, stockpiling tonnes of carbon, making them akin to giant swimming forests. When the whale dies it’s carcass descends to the ocean floor sinking that stored carbon, removing it from the atmosphere, keeping it locked up for hundreds to thousands of years. Studies have estimated that just 8 species of baleen whales can collectively sink nearly 30,000 tonnes of carbon to the ocean floor each year. If whale populations bounced back to pre-commercial whaling numbers this total could be 5 fold- around 160,000 tonnes. 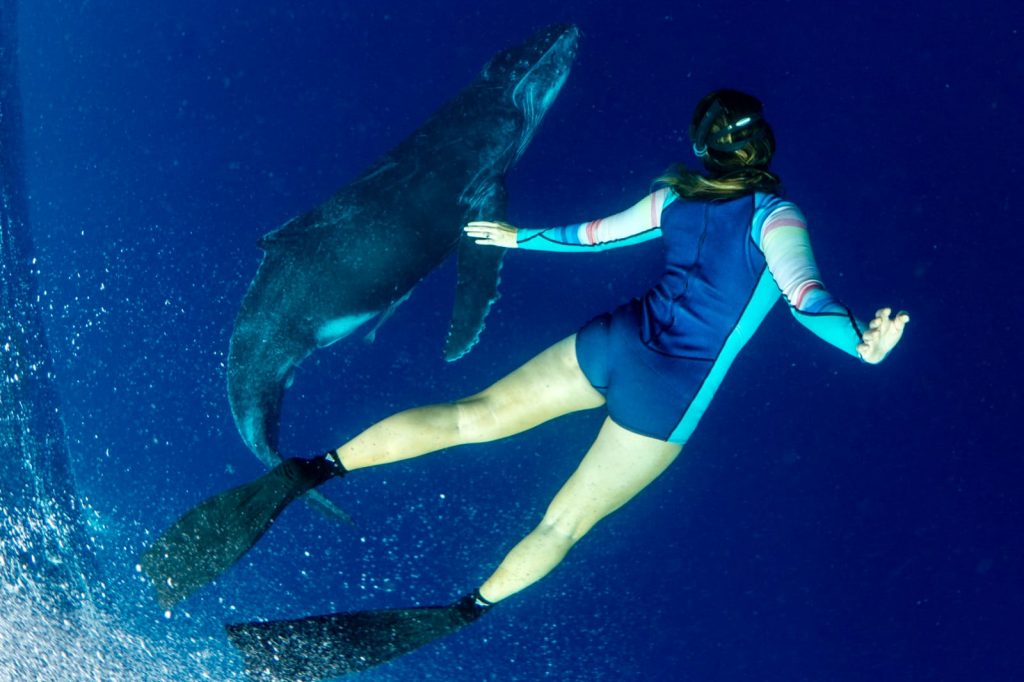 Poo for plants and photosynthesis:

It’s not just in death that whales can help sequester carbon. During their long lifespans whales can assist in capturing even more carbon every time they poo. In the depths of the water column, baleen whales feed on millions of shrimp-like organisms called krill. The whales will then migrate to the surface to breathe and poop. Their enormous brown cloud of whale poop, whilst not fun to swim through (I can attest to that), is full of incredible life creating nutrients- nitrogen, phosphorus and iron, the perfect ingredients for phytoplankton growth.

Phytoplankton is a marine algae, the bottom and arguably the most important level of the food web- vital for ocean health. Phytoplankton can pull carbon directly out of the air via photosynthesis, just like our huge redwood and gumtrees trees, only these guys can be microscopic!

When phytoplankton die some of them sink. Falling like marine snow to the depths of our ocean, they too float their captured carbon to the sea floor to rest alongside the whale carcasses.

Sequestering carbon from our atmosphere is a vital step in reducing atmospheric carbon and changing the outcome of climate change for the entire world.

Valuing our Great Whale species, not just in terms of an economy driven from eco-tourism or the  unfortunate, very small and limited economy driven from the whale meat industry, will allow us to holistically value the intangible benefits provided by whale species to the future of humanity and indeed our oceans.

Sequestering carbon from our atmosphere is a vital step in reducing atmospheric carbon and changing the outcome of climate change for the entire world. Not to mention, up to 80% of the oxygen we breathe, regardless of where we live, is generated by our oceans- photosynthesis by phytoplankton, sea grass, algae and sea weed to keep us alive.

So the next breathe you take, soak it in, enjoy it and relish in the distant lingering smell of whale poop, for it gives you life and keeps our oceans healthy.

by Mads St Clair Baker
Filed under Round the World 2019-2021, Easter Island to Tahiti, News

“At the start of the voyage, we were noticing a

“Once industry is able to prove that the solutio

“The solutions are there, there's no doubt about

ONE YEAR ON - A year on from encountering the Nort

Over the years we’ve been privileged to have had

Calling all French-speakers in our community! At 1