eXXpedition in the Press

We play an important role in raising awareness of the crisis of ocean plastic pollution. Our pioneering voyages generate a lot of media interest and this helps to highlight the devastating impact of single-use plastic while shaping conversations around solutions to the problem.

In the first half of 2018, our top 35 pieces of media coverage had a reach of over 26 million people. Over the course of that year alone we had over 430 media reports published.

Here are some of our favourite reports in the past year. 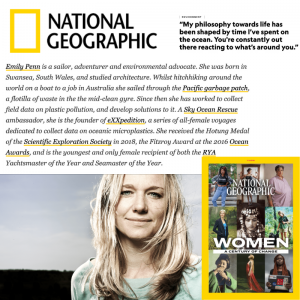 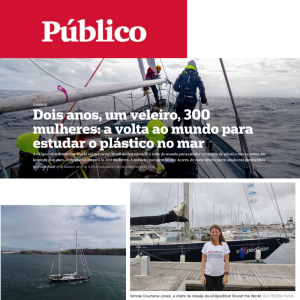 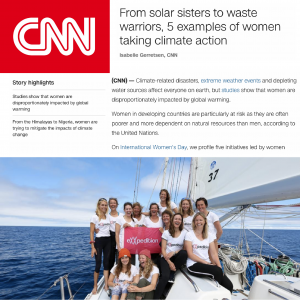 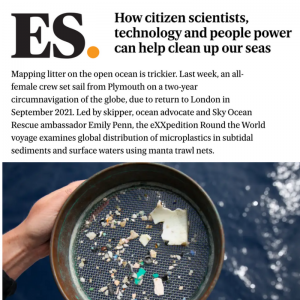 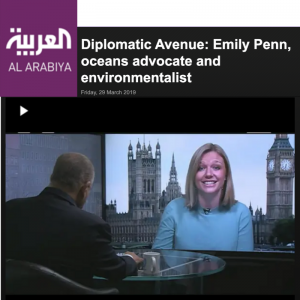 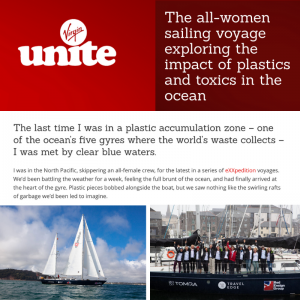 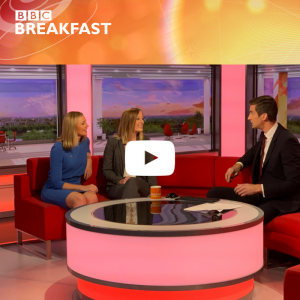 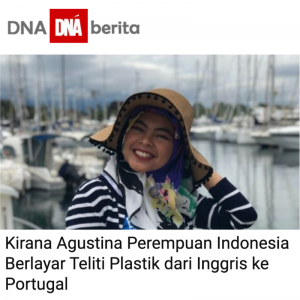 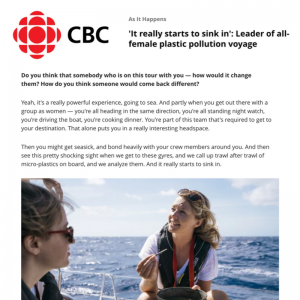 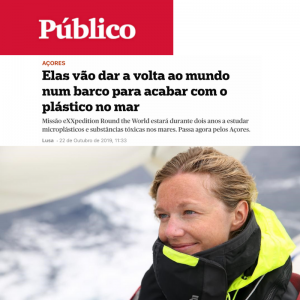 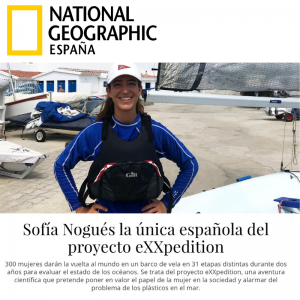 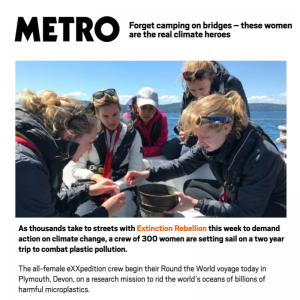 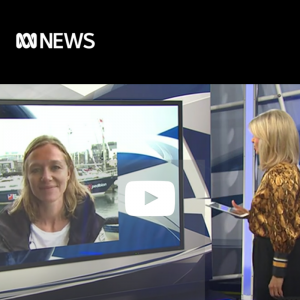 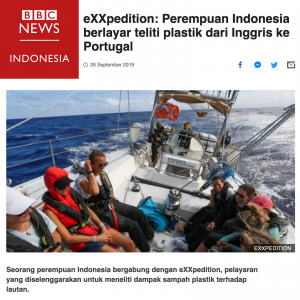 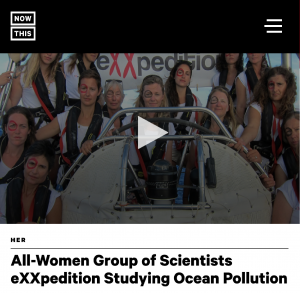 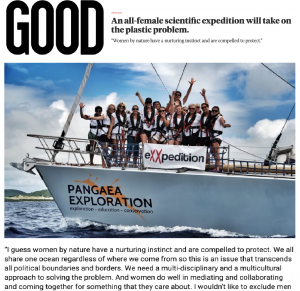 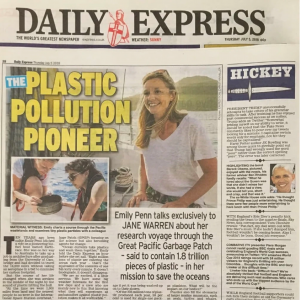 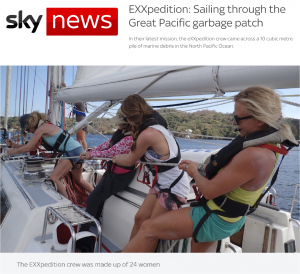 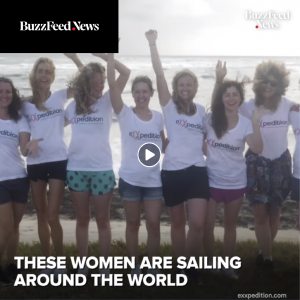 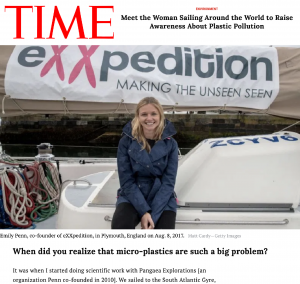 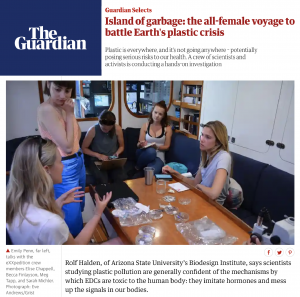 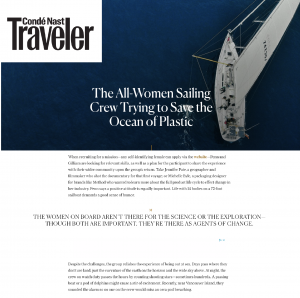 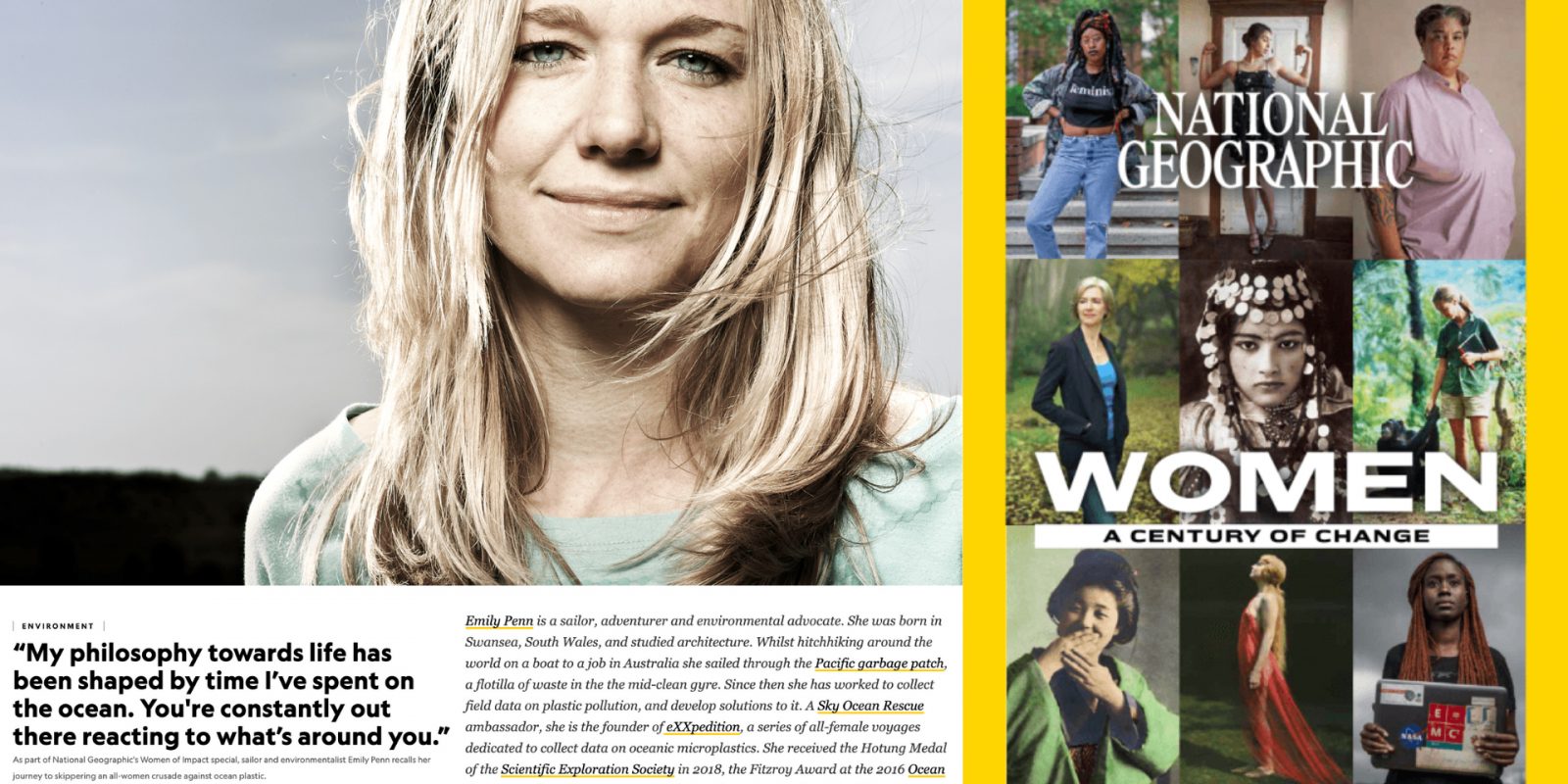 A dive into marine plastic waste

‘If I can sail across the Atlantic Ocean, I can do anything’: Scots crew members on round-the-world plastic pollution yacht mission share their experiences

HPH272 : What is the problem with plastic? – with Emily Penn

Women to embark on an expedition against ocean litter

Sailing around the world for ocean plastic

As part of National Geographic’s Women of Impact special, sailor and environmentalist Emily Penn recalls her journey to skippering an all-women crusade against ocean plastic.

eXXpedition Round the World

Mom of the Month: Cory Chewning

How citizen scientists, technology and people power can help clean up our seas

EXXPEDITION AND THE CLEAN MARKET

‘It really starts to sink in’: Leader of all-female plastic pollution voyage

THE EXXPEDITION SAILBOAT HAS BEGUN ITS PLASTIC POLLUTION JOURNEY!

300 women are sailing around the world investigating plastic pollution

8th October – The US Breaking News

Tomra on board for all-female ocean plastic research eXXpedition

A Romanian, among the 300 women who will take part in a unique expedition in the world

On an eXXpedition Round The World

Blog: Sailing to the heart of the plastic wasteland

‘I’m sailing around the world to battle single-use plastics’

An all-women ‘eXXpedition’ into the Great Pacific Garbage Patch

17th July – Parley for the Oceans

She tested the ocean for pollutants. Then she ran the same tests on herself

These Home Brands are on a Mission to Reimagine Ocean Plastic

All-female crew to cross the Pacific to fight plastic pollution 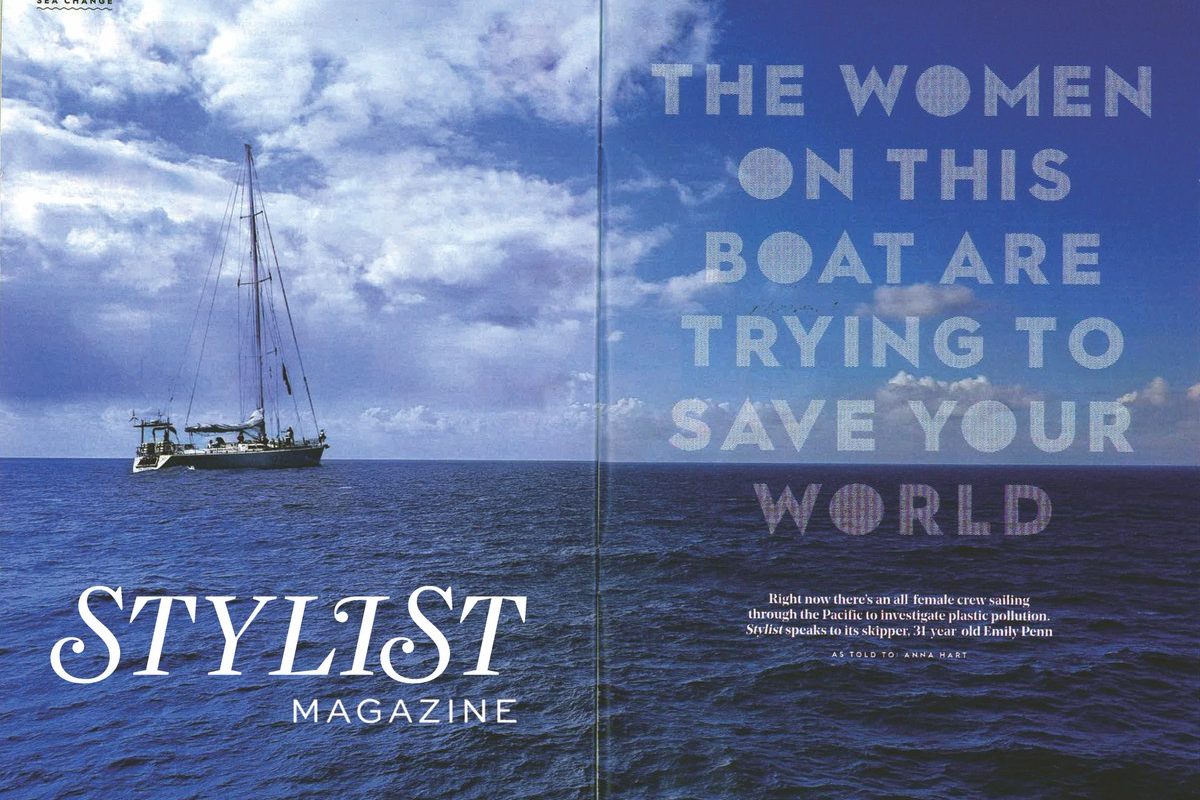 All-women crew sail Britain to test for microplastics in mussels

Plastic Pollution: Women on mission to ‘clean up oceans’

16th August – Women You Should Know

eXXpedition Round Britain: Meet the all-female crew raising awareness of how plastic damages our seas

WATCH: Sailing our seas on a plastics mission

All-women crew to sail round Britain to highlight litter