Our first blog of eXXpedition Ascension 2015 comes from our first mate and professional crew Emily Caruso. Emily, along with Skipper Imogen Nash, have just arrived into the sweltering heat of Senegal to meet Sea Dragon and prepare for 2 months of sailing with our all girl crew!

As Imogen and I sat on the Iberian Air flight to Senegal via Madrid, we began to discuss some of our preconceptions, expectations and concerns for the big adventure ahead.

To clarify, we are two thirds of the professional crew that will be running 2 all female expeditions on board the 72 foot steel hulled ex Challenge yacht ‘Sea Dragon’. The first from Senegal, West Africa crossing the equator to Ascension Island and then across to Recife in Brazil and the second continuing up the east coast of South America to Guyana passing the mouth of the mighty Amazon along the way.

The yacht is owned by a company called ‘Pangaea Explorations‘ who provide a platform to help facilitate expeditions centred around the ongoing issue of plastic pollution across our oceans. Within this remit then emerges the all female brand that is eXXpedition formed by two passionate female scientists with a dream of bringing together an eclectic group of remarkable women, many of whom are established scientists and artists. Each crew member will bring with them their own individual goal but which sits within the environmental brand message of “making the unseen seen”.

So back to the plane and I am trying to communicate to Imogen some of my initial preconceptions. The first has to be the all female crew. Over the last 8 years as a professional sailor, I have formed and run literally hundreds of different crews of all shapes and sizes, but I have consciously avoided gender segregation. I have done so because fundamentally I worry about the dynamic of all  women and in all truth albeit mostly in humour, this has been a ‘concern’ echoed by a huge number of my professional peers in the weeks leading up to this adventure. It took an online conversation with Lucy one of the founders of eXXpedition for me to realise the irony in my concerns. My own gender stereotypes were the basis of my fears. I have never worked with an all female crew so on what could I base this irrationality? I was demonstrating exactly the behaviour that I like to believe I work hard every day to try to combat in an industry that I love. And so I made the commitment to myself to maintain a totally open mind and to embrace the all female concept and to look forward to meeting and learning from yet another eclectic crew of diverse and colourful human beings whilst sharing our common love of the ocean.

My second real concern, which I still carry is what we are going to witness in terms of the state our oceans. I constantly see adverts and campaigns and articles relating to this powerful subject but experiencing this first hand, being part of physically gathering the data to further educate, carries with it a certain responsibility which I certainly feel. I am also a little concerned with how to process what is to come on an emotional level which is partially the reason for creating this blog.

Finally arriving in Senegal was probably a blessing for Imogen who by this time had been subject to far too many of my ramblings and besides, our landing seemed to adjust the mood somewhat and suddenly this was all becoming very very real indeed. Walking into the humidity of the night air was like slamming into a giant wall of realisation compounded by being in full english autumnal attire and totally inappropriate.

After utilising some broken French to clear customs we picked up our luggage and walked outside and into a crowd of people enthusiastically touting their services for taxis or for tourist trips. Two European women rocking up travelling together didn’t go unnoticed and we were both very relieved to meet Ibrahim that was representing our hotel and was sent to chaperone us there.

Despite the greeting from a certain undesirable yet common insect, our room was clean and air conditioned and a welcome end to a very long day.

Both Imogen and I would probably have experienced a better night of sleep it we weren’t both experiencing the crazy dreams and sweats that result from taking Malarone the anti-malarial drug. Nonetheless we were both keen to get to the boat and the following morning after  croissants and coffee we jumped in a cab bound for Cercle de Voile, Dakar at Hann Plage where Sea Dragon waited.

The taxi ride across the city of Dakar was everything I expected. The heat of the day was already punishingly hot and the open windows did little to cool things. The dust and air pollution from the vast amount of overcrowded and poorly maintained cars vans and motorbikes was overwhelming. As young children approached the open windows at traffic junctions staring into the car with unspoken pleas for money and young men touted their wears it felt as though we were observing a completely different planet from within our little transiting goldfish bowl and I felt guilty for not wanting to make eye contact. And Everything seemed to me to be bright orange!

Finally we arrived at the CVD where we are met by Eric and Shanley the full time Crew on Sea Dragon. As soon as we stood on the beach and looked out to the boat on anchor I felt almost immediately at home again, back in a world I know. The beach was an early indication of what I fear will be a feature theme in the coming weeks, littered with rubbish and predominantly plastic and in all honesty, Jumping in the RIB and heading out to the yacht felt like a relief and the feeling of stepping aboard her was reassurance enough that this is where I am supposed to be right now doing exactly what I am supposed to be doing.

Meeting Holly again was amazing. A previous student at UKSA and our deckhand for the forthcoming trip, it was great to see somebody familiar. The rest of the existing crew turned out to be really great fun too and we are already meeting people with an amazing portfolio of experience in the marine life and sciences sector. Fascinating personal experiences and conversation.

After a brief tour of the yacht it was decided that we needed to head offshore to fill the water tanks using the water maker on board. Inshore the waters are simply far too polluted and desalination is the only real option for sustaining us on board and staying healthy. The breeze was gentle but pivotal in staying cool under the blazing African sun. It felt as though we had left the UK, briefly visited a strange and alien planet and then returned to my other world as life aboard Sea Dragon began. We investigated rigging the spinnaker pole for use with the manta trawler – one device with which we will be monitoring plastics as we cross the Atlantic and we stayed just far enough out until the water was suffice to maintain us for the next few days before returning to our anchor in the bay.

Sea Dragon is now home and will be so for the next 2 months. If everything I have seen, felt and experienced in 36 hours is an indicator of what lies ahead, then perhaps an initial concern as to the gravity of this experience on a personal level was very well warranted. 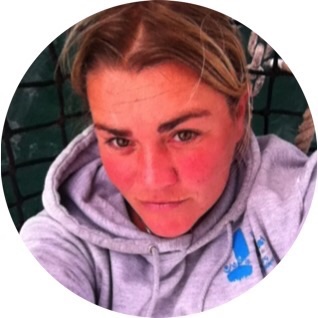