eXXpedition have run previous expeditions all over the world, but this summer was the first time they had a crew sampling in UK waters. The eXXpedition Round Britain journey took 28 days, and started and finished in Sutton Harbour, Plymouth. By the end of the journey, the crew had travelled 2,035 nautical miles and collected nearly 100 scientific samples for future analysis. These samples and data will be analysed by specialists across the UK, in Germany and in the USA and will help provide a clearer image of plastic and toxic pollution in UK waters. A vital part of the eXXpedition journey was the outreach and interaction with local communities and the wider UK population.

Round Britain Crew Members Deborah and Tanya complete science on board

The opportunity to see plastic pollution in the waters around the UK allowed the crew to engage with and understand the issue more deeply. This has helped them become better ocean ambassadors following the sail.

In Plymouth, at the start and end of the voyage, we organised free outreach events to share the challenges of ocean plastic and toxics with the wider community, and galvanise support for the cause. This helped to promote the local organisations who were involved in our events, as well as help the community under the impact of single-use plastics on their environment. 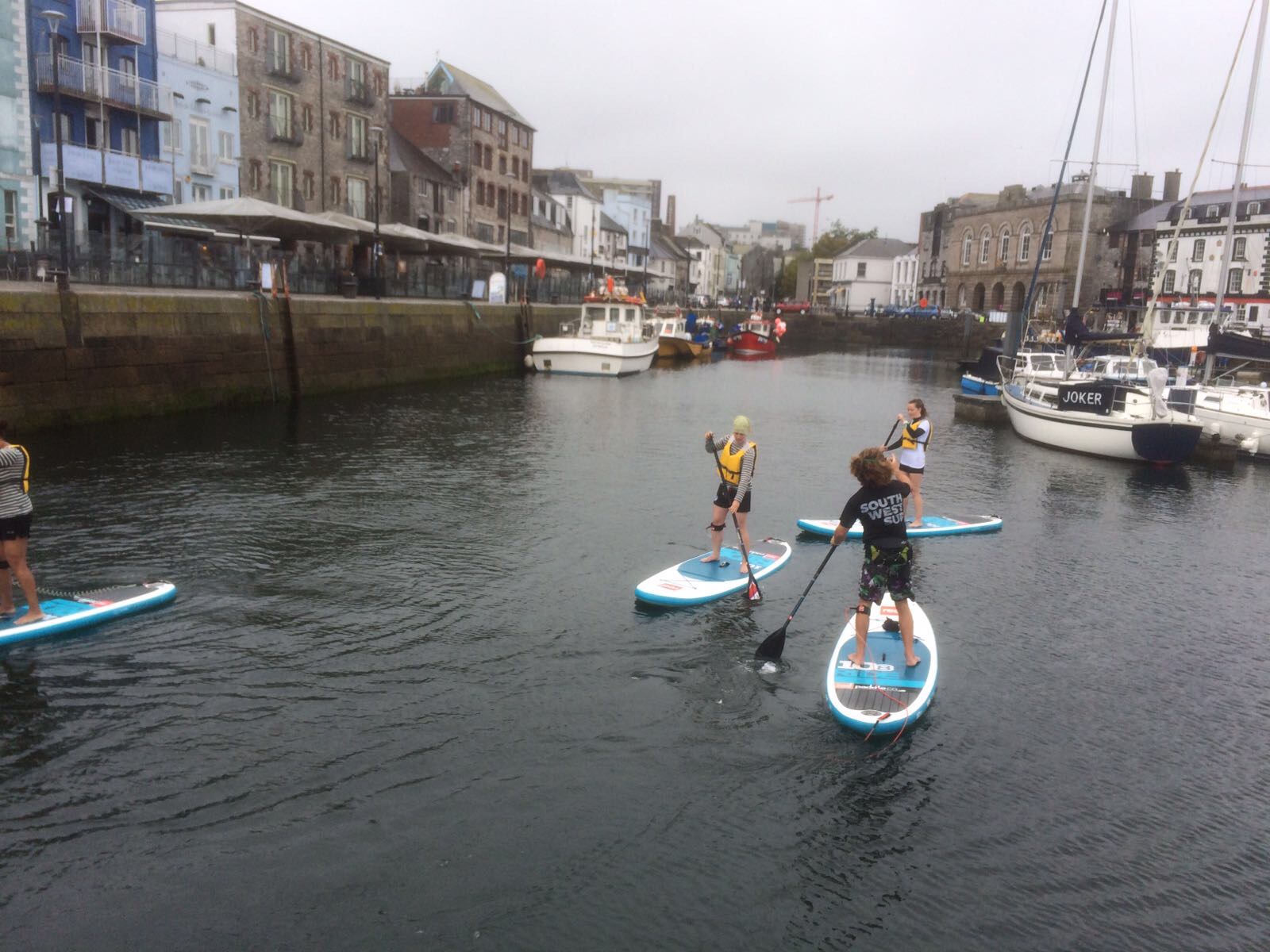 The events included a fully booked screening of film ‘A Plastic Ocean’ at Plymouth Arts Centre, boat tours of Sea Dragon in Sutton Harbour, beach cleans, shore lab and ecology workshops in partnership with the Children’s University at the University of Plymouth’s Marine Centre, stand-up paddleboarding litter pick with South West SUP and creative learning for children at the National Marine Aquarium with Muddy Fingers.

Lab work with the Children’s University

We also attracted attention from local and national media, including Sky News, BBC Radio Devon, BBC Spotlight, BBC Online, Radio Plymouth, ITV West Country, ITV National (filmed in Plymouth) and Getty Images. This coverage disseminated our message to a wide audience, and promoted our local partners such as the University of Plymouth.

Sky followed our entire journey from launch and produced a new documentary, ‘A Plastic Voyage’ from the footage

A Sky Documentary, ‘A Plastic Voyage’ following the eXXpedition Round Britain, was released in October on Sky News and Sky Atlantic. It can be viewed on YouTube here.

The outreach events were directly designed to benefit the local communities we visited, including the residents of Plymouth. These events were educational for all ages around the challenges of ocean plastic and informed the public of the potential dangers of the continued use of single-use plastic. We hope that this has helped to create more educated consumers in Plymouth and beyond. The crew also engaged local organisations in the activities and we hope that this has also benefited
The data collected during the sail – through 15 scientific experiments – will feed into larger scientific studies and that will benefit the global community. Understanding the scale of the challenges will give us a clearer idea of how to tackle them.

Keep following the eXXpedition blog to hear more about the mission, future voyages and events!

Previous post New eXXpedition Round Britain Documentary on Sky October 16, 2017
Next post eXXpedition to sail through North Pacific Gyre this summer April 10, 2018
In the age of information, competition for attenti