WRITTEN BY GUEST CREW ON BOARD

ON LEG ONE FROM PLYMOUTH TO AZORES WITH ROTHY’S

Today was a lesson on how quickly Mother Nature decides that too much of a good thing..is well…exactly that. 😉 We had beautiful weather today, with the sun coming out, the winds and the seas calming down slightly, blue skies, fluffy white clouds which also allowed us to do some sampling with the Manta Trawl – and then as quickly as it all came in, the winds changed and we are back to battling the winds and keeling at quite a steep angle as we race to the Azores. 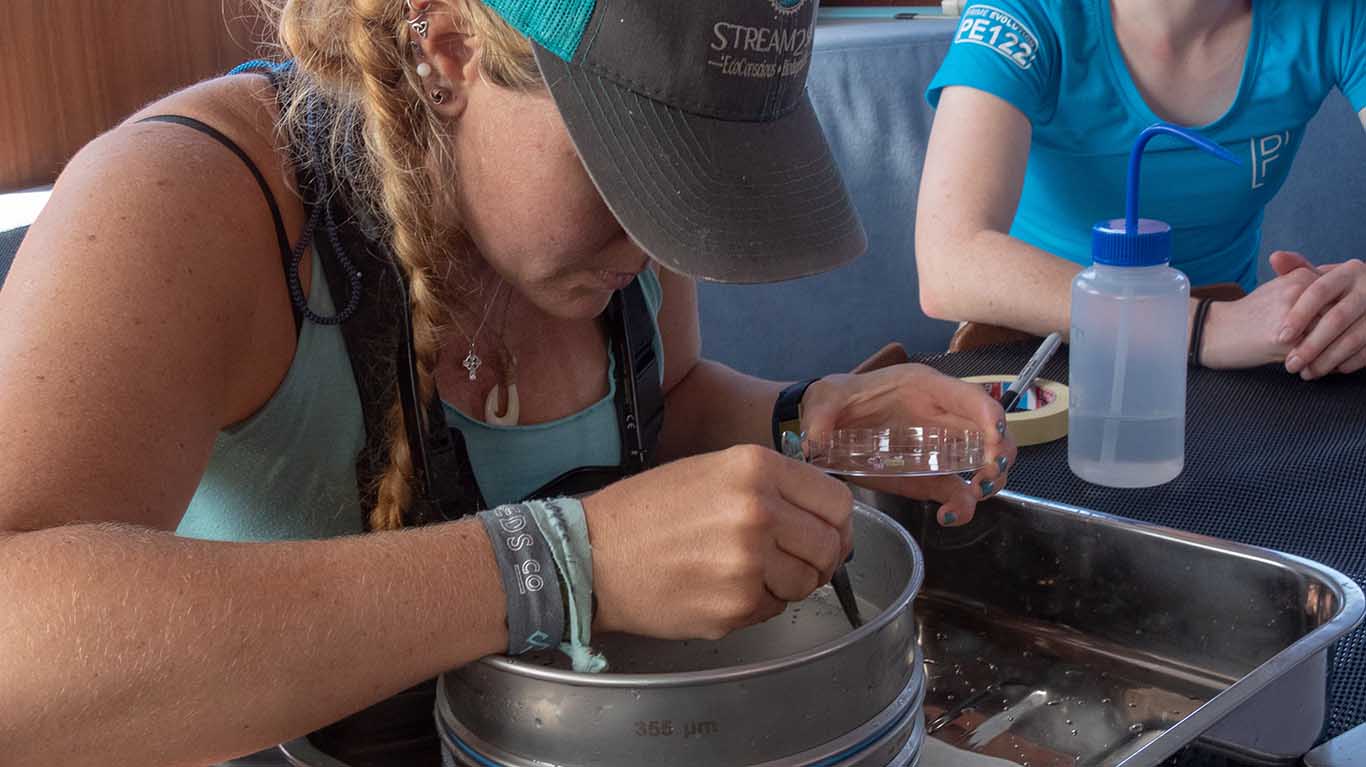 Today we took the opportunity of the calm day to process all the samples that were collected yesterday and today, including analyzing the fragments using the FTIR machine, labelling and putting things together. Out of the 7 samples we have done to date, we have found some 177 fragments of some kind of plastic. Thanks to the analysis that we can do on the spot with the FTIR machine, each fragment can be studied by the machine, which then tells us what kind of polymer make up the fragment is, which then nicely saves the information on the database. This then builds a database of what is really out in the oceans which will instruct further research in the labs.

The good weather also meant that some of the footage that Marcia wanted to do with all the crew managed to happen as everyone was happy to be out on the deck instead of snuggled up in the bunks recovering from their watches. The crew is feeling the last week though and there is a general feeling of tiredness all around – but we are all rallying about and getting stuff done!

Previous post Day of a hundred rainbows October 17, 2019
Next post Blue hearts and minds on a mission October 19, 2019
In the age of information, competition for attenti