As part of our Ambassador Spotlight Series we wanted to share Kirana’s Superpower Story.

Since returning from her voyage that took her from Plymouth to Azores, Kirana has started a new job as Engagement Specialist for the National Plastic Action Partnership in Indonesia. This is a multi stakeholder partnership, supporting the national target of reducing 70% of ocean plastic pollution by 2025.

We caught up with Kirana about the challenges and opportunities facing Indonesia in terms of tackling ocean plastic as well as discussing how the voyage has influenced her own work and mindset. For Kirana, solutions lie in collaboration. We chat about the importance of her superpower in enabling this collaboration.

Why don’t we start by you telling us a bit about yourself?

My name is Kirana Agustina. I joined eXXpedition on the first leg of their Round The World voyage sailing from the UK to the Azores. I am currently back in Indonesia, working as an Engagement Specialist for the National Plastic Action Partnership (NPAP) which is a multi stakeholder partnership, supporting the national Indonesian target of reducing 70% of ocean plastic pollution by 2025.

If we take it back to the beginning – how did you end up in marine science?

My father was the inspiration for my passion. He worked in the local government Department Department of Fisheries and he was the one who first suggested that I should take my bachelor in marine science. To be truthful when he originally suggested this I was actually quite frightened. To learn that my father’s work station was once hit by the Tsunami in Pangandaran, Indonesia, I was naturally very cautious of the ocean.

However, it was out of my admiration for our country and the beauty of our islands that I knew I belonged in this field. It was quite rare too – very few young people were entering this field – so I guess I quite liked that as well – that I was a bit more unique than the rest!

Why is Indonesia so well placed as a nation to tackle ocean plastic pollution?

To start with we are the largest archipelagic nations in the world with over 17000 islands. We sit in what they call the Coral Triangle Region – because our marine biodiversity is so abundant but also so rare. So our ocean is a huge part of our national identity. Ocean plastic is threatening that.

Jambeck Research Group released a research paper which calculated the top 192 coastal nations contributing to ocean waste. Indonesia came in second place after China. So suddenly all this international attention was on us to do something and it kickstarted the government into action.  They have woken up to the fact that something is wrong, and we need to fix it. So in that sense we are in a good place because the motivation is there.

We have momentum behind us now.  Lots of surrounding nations rely on Indonesia’s waters being kept clean and our coral reefs healthy.  If we don’t, those other nations will also suffer. It’s not just Indonesia at stake here.

How did you end up aboard Leg 1 of the RTW trip?

I have been following Emily’s work since early 2014. At that time I was working for a local NGO in Bali called Friends of National Park Foundation and it was there that one of my friends showed a video of Emily on the News – about how she was going to travel the world tackling ocean plastic. I was fascinated and continued to follow her work closely after that.

I eventually met Emily in 2018, at a UN conference where she was speaking. Desperate to speak to her, I seized the first opportunity I could and essentially trapped her on the way to the bathroom! I told her about my interest in her work and the fellowship I was doing with the UN – and the next thing I knew I was setting sail to the Azores aboard Leg 1 of the Round The World trip. 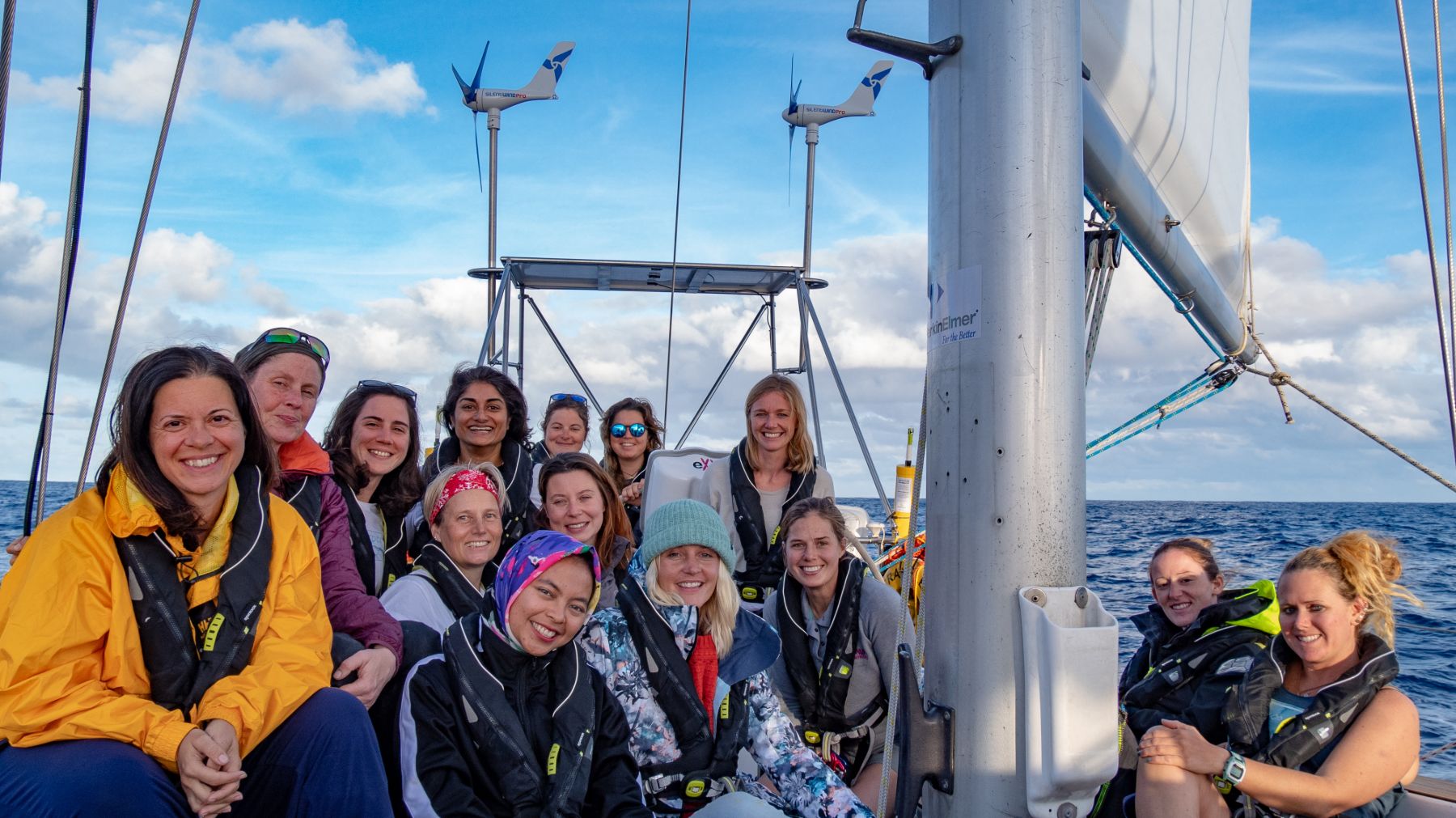 What was the voyage like and what did you learn about yourself?

They didn’t say it at the time but Emily has subsequently said that the first leg was actually the toughest! We were sailing right into the eye of Storm Lorenzo, so the journey was pretty choppy. On the first night our sail broke so that was a bit of a disaster. I think out of the 12 of us, 10 of us were sick, me being the first. So the conditions were tough, but the journey was unforgettable. I think it made me realise how resilient we all were as women. It was a life changing experience and one I will never forget.

It was a life changing experience and one I will never forget.

If you could describe eXXpedition in three words, which would you use?

What is your superpower and did the voyage help you to realise that?

I would describe myself as a connection builder. I’m good with people and I have learnt how to use my voice to create these connections. Collaboration is fundamental to restoring our oceans. My superpower lets me contribute to this. By building those relationships and connections I hope to create the kind of collaboration we need for solutions. 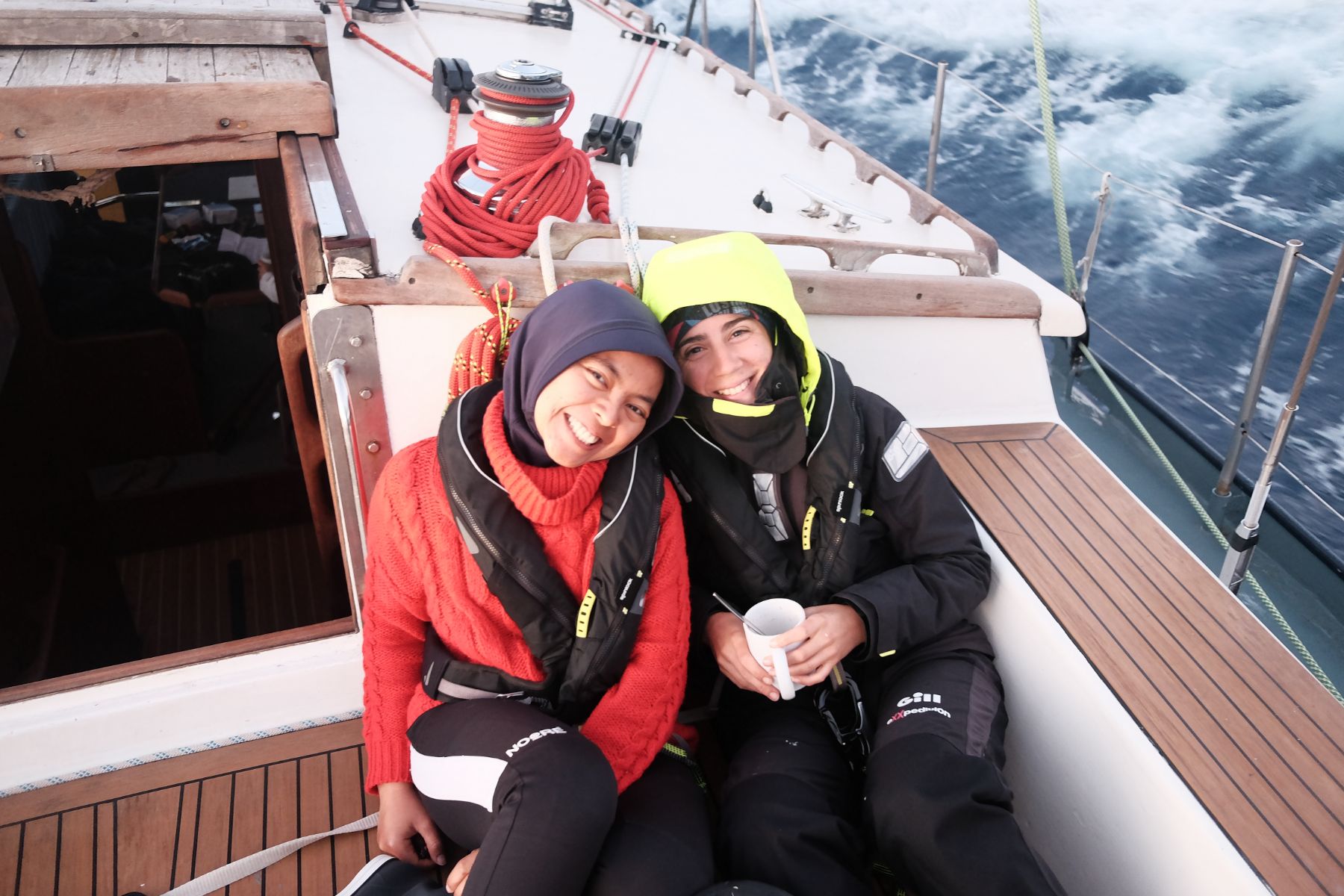 What did the voyage teach you ?

Fundamentally the voyage taught me the importance of collaboration. Whilst ocean plastic is ruining Indonesia, and Indonesians are definitely part of the problem – it is not an “Indonesian” problem. It is a global problem. Everyone has their own superpower to contribute, especially women. Everyone can be part of the solution. Everyone has a role to play.

Everyone has their own superpower to contribute, especially women.

So after your voyage you began your job with the Indonesian Government.  What are you working on at the moment?

I work as an Engagement Specialist for the National Plastic Action Partnership (NPAP). This is a multi stakeholder partnership, supporting the national target in reducing 70% of ocean plastic pollution by 2025. Along with Ghana, Nigeria and Vietnam our NPAP is acting as a pilot for the Global Plastic Action Partnership – a multi stakeholder platform dedicated to stopping plastic pollution from source to sea. So we are part of a wider mission aiming to achieve the transition to a global circular economy. 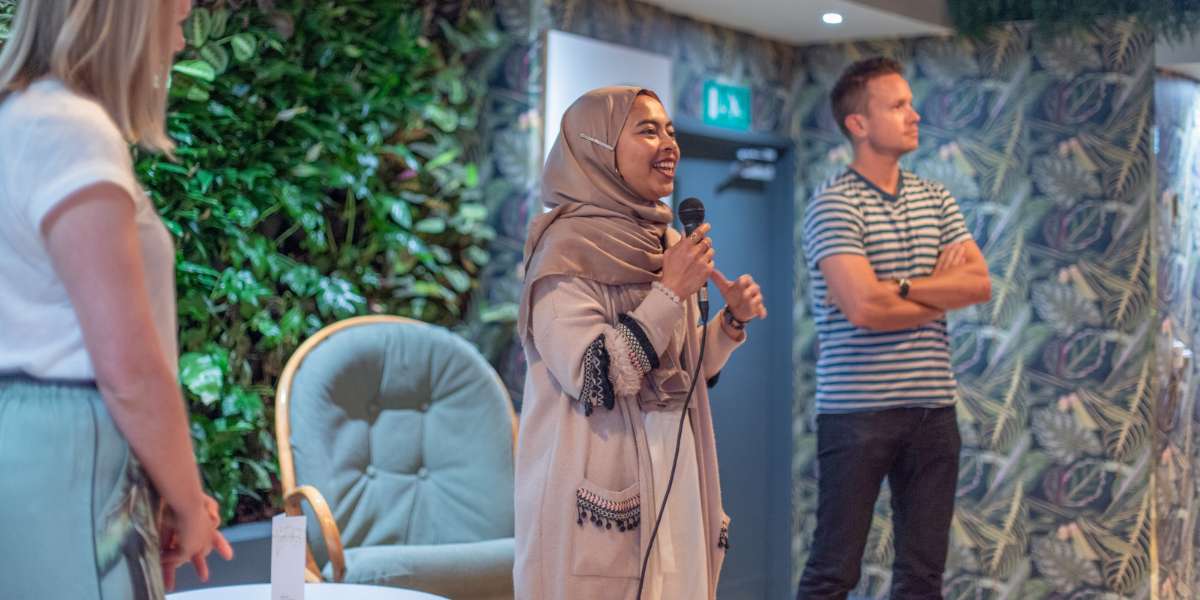 Our NPAP focuses on bringing private and public stakeholders together. I bring together policymakers, businesses, NGOs, and entrepreneurs to align on a common approach for addressing plastic pollution and waste. Through this collaboration we can achieve real action and real change in the most effective and sustainable manner.

What steps have your government taken so far?

The research paper I mentioned before really kicked the government into action. After it was released the President passed Presidential Decree Number 83/2018 which put into law our commitment to reduce ocean plastic by 2025 by 70%.

There are 16 ministries involved in the project, and the Decree made clear how each ministry can contribute. They have also created strategy plans at the local government level to outline how communities can support the target. Then it’s all about NGOs working with the government to implement some of these suggested strategies to work out how we can translate the political commitment into real action.

I’ve been working with some of the big ‘fast-moving consumer goods (FMCG) companies to see what role industry can have in this translation and collaboration – so I have been in communication with companies like Danone, Nestle, Unilever and many more. So it’s all very exciting.

There’s never been a platform to talk like this before. And it’s working. The partnership is allowing all these different people to come together. Finally we can combine all our efforts and convert it into real change. 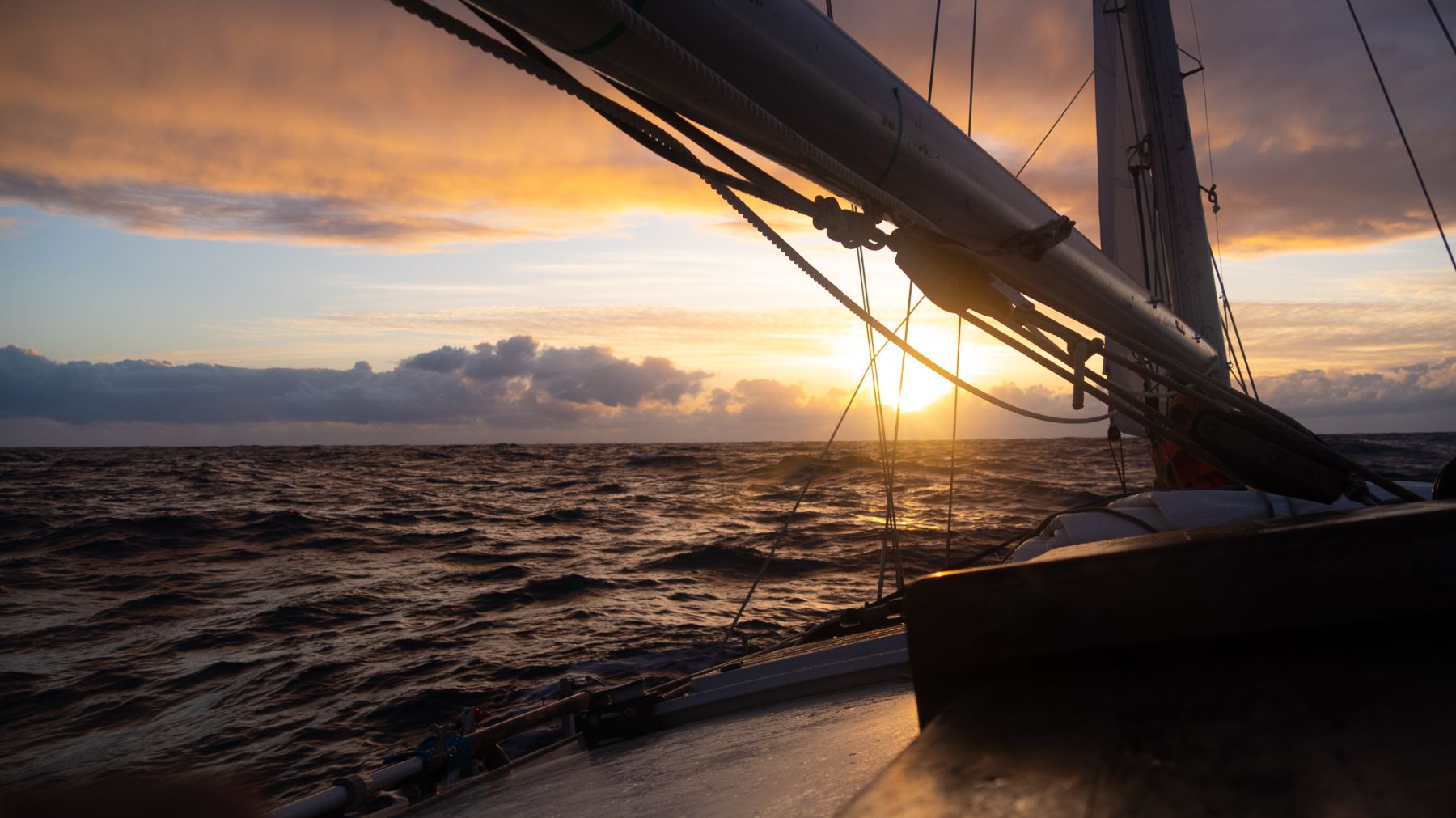 What obstacles have you had to navigate?

One of the most important elements of the solution is behavioural change. But that is difficult. Currently the data shows that 72% of Indonesians are not even aware of the environment and plastic issue, especially the younger generation.So we have a huge number of mindsets and behaviours to shift. And that task becomes even more difficult when you are a nation of more than 270 million people spread across 17000 islands. So our task is a big one. But it can be done. I have hope.

Where do you think this lack of awareness or detachment from the issue comes from?

That’s an interesting question and there are a lot of answers.  I actually think the reason is quite historical. I think our detachment from the ocean can be traced back to our colonial past. As a nation we’ve been colonised for hundreds of years. And yes, we are our own nation now, but I think the past remains imprinted in the present. At our roots, Indonesians are ocean people. But when we were colonised our people were made to shift their focus on land. The ocean became a subsidiary to the land. To this day, I don’t think we have managed to shake that. We have been so preoccupied with the land we have forgotten our ocean – forgotten our roots.

I think the government is slowly waking up to this. But we need our people to realise that the land and the sea are not separate – they are connected. One cannot thrive without the other.  Only when more people realise this connection, can we think about solving the plastic issue.

Where do you start then? Where can this change come from?

I think from the home. From the family. If we focus on family, and we engage with parents, we can educate our children from the get-go and from there we will create an ongoing spectrum of education. Family is the smallest unit of our community and if we can change the family, if we can educate at this level, I think people’s behaviour will begin to change.

In terms of the bigger picture, what are you hoping to achieve?

For me personally, I want to empower our younger generation and reconnect them to their oceans. I want them to realise its beauty and its potential. It would be my dream to see kids swimming in cleaner and healthier waters. If they are empowered to be part of the solution, we will make our oceans pristine once again.  I’m sure of it.

What are you most proud to have achieved?

Everyday I make a contribution to society; I bring value to our planet as a human being;  And most importantly, I help others to do the same. That is something I am very proud to say I have achieved.

What message would you like the world to hear?

Change cannot happen without collaboration. Everyone has a role to play.

by eXXpedition Admin
Filed under Bursaries, News, Round the World 2019-2021, Superpower Stories

Tickets are out now for Sally Earthrowl's first RG

We are so excited to announce that our Caribbean R

Reduce, reuse, recycle ♻️ ! A few of our favou

This Saturday, millions of volunteers, governments

A constant presence in a changing world, Queen Eli

Meet Deborah Maw, who sailed with us for all three

We are excited to announce that Emily Penn and Rou

Can you believe it is back to school season alread