From Cornwall to the North Pacific Gyre. From the Ganges to the Great Barrier Reef. Moving with the current like the sea turtles she knows so well, Dr Emily Duncan has travelled from source to shoreline to sea. Our Science Lead on eXXpedition North Pacific, we found out where the tides have taken her since she stepped off the boat last year. 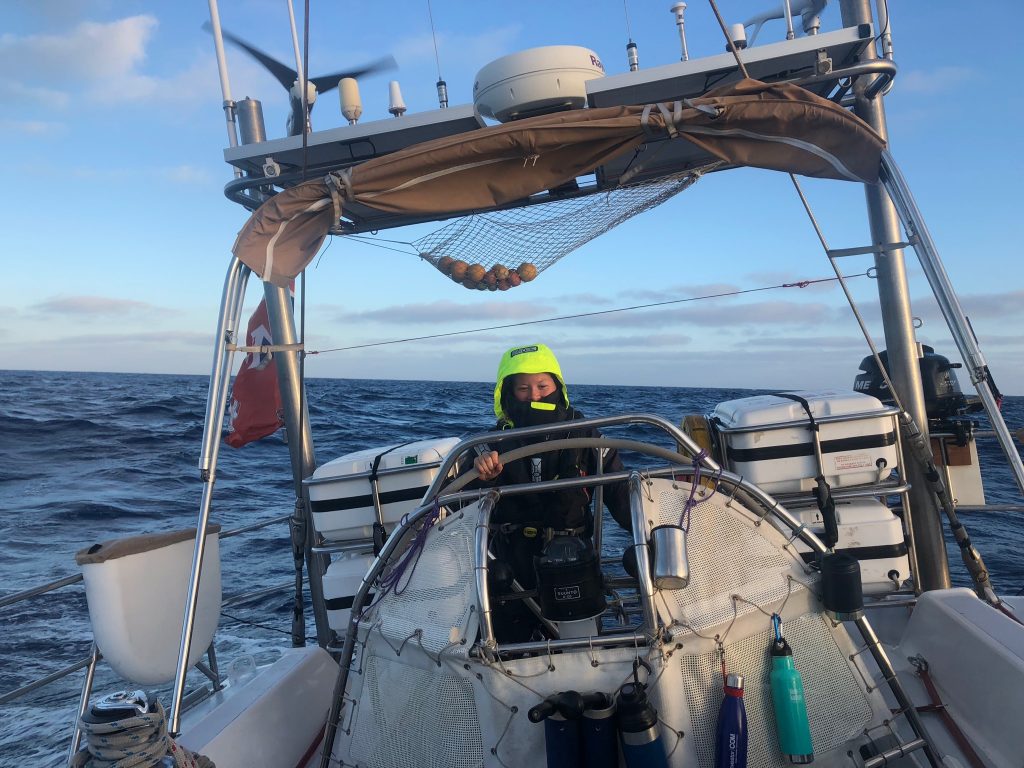 What brought you onboard with eXXpedition?

When Emily got in touch, I jumped at the chance to be the science lead for this voyage. I’m a postdoctoral researcher at the University of Exeter, based in Falmouth, and my research is all around the impact of plastic on marine turtles. The opportunity to join eXXpedition North Pacific came at the end of my PhD – I actually handed it in four days before I got on the plane to Hawaii – and it was such an amazing way to finish it off, to be back out at sea seeing everything first-hand after years of writing and researching.

What’s your research all about?

The part I’m really passionate about looks at turtles in the post-hatchling stage, after they’ve left their nesting beach. Until very recently, this stage was known as the ‘lost years’, we didn’t know where they went. But we’ve started to understand that they drift with the ocean currents, moving into these convergence zones, exactly where the plastic accumulates. eXXpedition took me into the middle of the ocean to sample there – you just don’t get that chance normally, unless you charter a huge research crew to go out.

There used to be a lot of food in these zones, and not many predators, and now there’s all this plastic. These tiny turtles are stuck with it, because that’s what they’ve evolved to do over millions of years. It’s an ecological trap.

What was it like, leading a scientific programme on a yacht?

It presented some challenges! After we’d left Hawaii, the weather wouldn’t calm down. We had to start doing the science while we were rolling around, pouring liquids on an angle, using tweezers and a microscope. But we got used to it. We got into a big storm at the end and I’ve never seen the sea like that. The boat’s incredible. You just have to trust it. I’d be in my bunk, listening to the howling wind and smashing waves, thinking – ‘it’s our watch soon’. Getting up and being like, ‘right, who wants the helm?’ and having the confidence in yourself to think, ‘I can do this’ – it felt amazing. 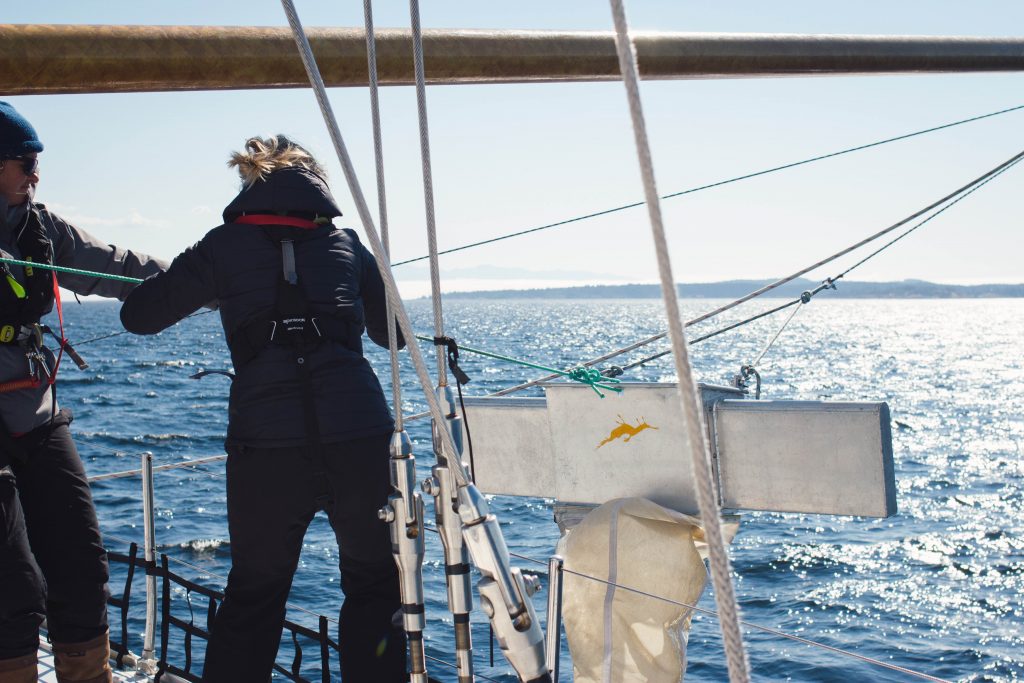 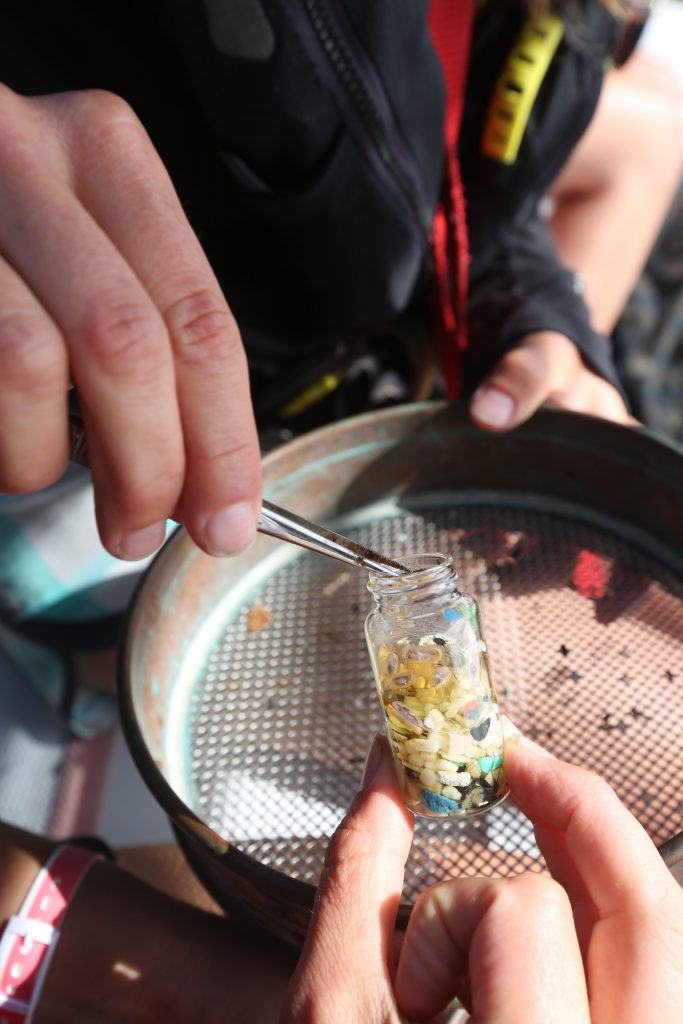 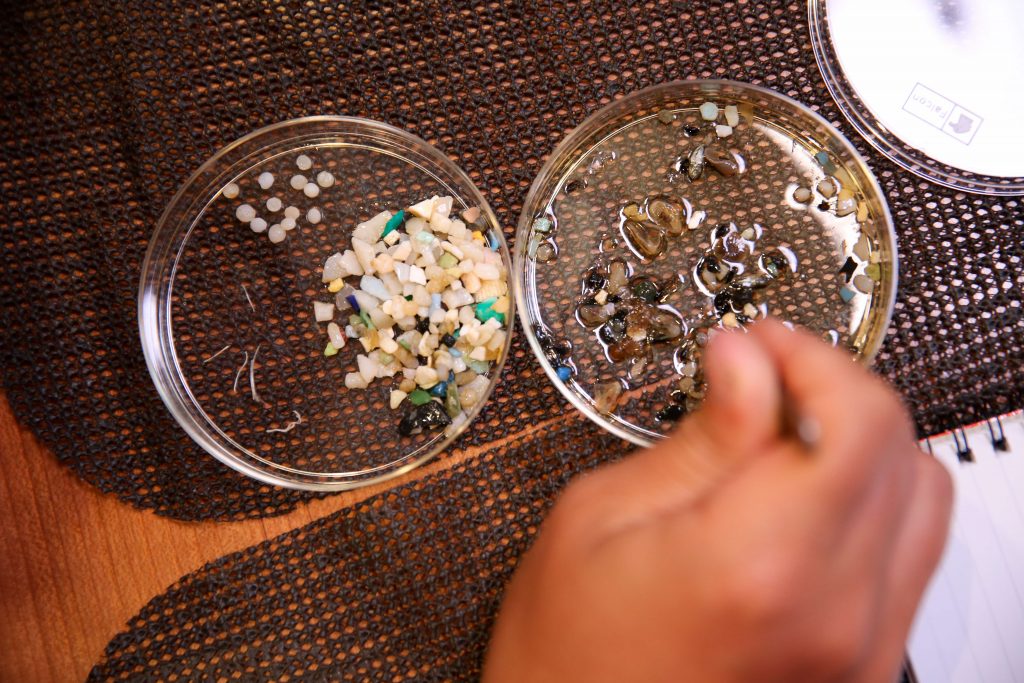 Were you surprised by anything you saw once you got to the gyre?

I’m exposed to plastic pollution a lot. In my work I basically do CSI, but with sea turtles, working out how they’ve died and why. I’m used to opening them up and them being full of plastic, so for me it wasn’t such a shock. But, it was amazing to see the reactions of the other crew members as we discovered the extent of the problem, I was definitely like that when I started the work.

“The research in plastics is moving on, from ‘what’s in the ocean?’ to ‘where’s it coming from?’”

There’s nothing like sitting on a beach with one of them. I often describe them as little dinosaurs, they’ve been around for so long and there’s still so much we don’t know. And people love them, so they’re a really good flagship species for marine conservation issues. When it comes to the plastics issue, they illustrate the scale of our impact. They can be nesting on a beach and that’s affected, or on a coral reef where they feed, or in the open ocean. It’s hard to conserve them because like many other big species in the sea they move so much, they cross the ocean. But they’re affected by plastics at every stage of their life.

What did you take away with you from your North Pacific experience?

eXXpedition started a shift, after my self-driven PhD, towards being a scientist on bigger, more collaborative teams, with a range of skills. I learnt so much about communication. You can’t really be a scientist now without those skills – you have to show your work is having impact. Especially if it’s in the conservation sphere. It’s really important that our science reaches the general public, and a lot of that is done through social media and press interviews. It’s great because in the past the general public didn’t have access to all the science going on. But we sometimes struggle to do all of it, which is why it’s great to work with people who can.

As an ambassador, standing up and speaking in front of people is something I’ve had to get used to. I’d never had much confidence in communicating my science across, and that changed on the boat, being able to explain the science to people who aren’t in the research world and have them say, ‘Oh, I understood that, that’s really interesting.’

“If people can see they’re holding a plastic bag, and that the turtle I’m talking about has potentially died because it’s eaten a plastic bag – those tangible connections start to be made.”

I’m still working on the National Geographic expeditions, and then I’m going back out to Australia, collecting my final samples. Australia have their own species of sea turtles – flatbacks – and no one’s really sampled them before, so I’ve been allowed the opportunity to look at how they’re being affected by plastic.

I want to carry on researching the plastic area, but for me it’s shifting more towards looking at sources. A lot of the work with National Geographic involves working tightly with people in communities and closely with socio-economic researchers. I find that fascinating, and I’d love to learn more about the social research. We went to some places in India you’d probably never visit unless you were working there, I realised we really need to be working with the communities on these issues. 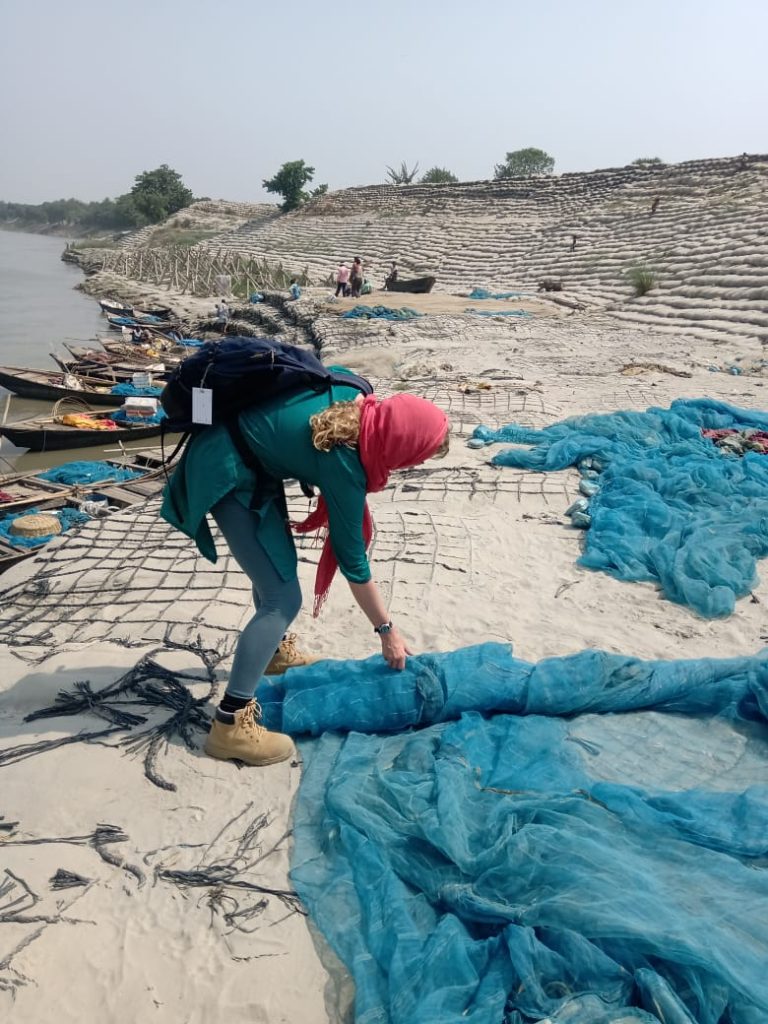 Having worked on the plastics for a while, are you seeing a change in consciousness?

Yes! Even since I started by PhD – it’s amazing how people are more aware. I’ve done talks about my work, and people come up to me at the end, knowing they can change something in their lives. That’s why sea turtles are a great flag for this. If people can see they’re holding a plastic bag, and that the turtle I’m talking about has potentially died because it’s eaten a plastic bag – those tangible connections start to be made.

Do you have any advice for the women embarking on eXXpedition Round the World, or thinking of applying?

Embrace it! You’ll feel anxious and excited all at the same time. I know I was. I don’t think I realised how amazing it would be. The connections I made with the women I met are incredible. I keep up with what they’re all doing and it’s all fascinating. Having that connection with likeminded people working on similar things is so important, and so energising.

by Crew
Filed under North Pacific: One, Ambassador Stories

Previous post Crew Safe at Sea While Navigating Current Events March 19, 2020
Next post Shifting to a New Normal – 5 things we learned from sailing the South Pacific March 23, 2020
Today, we’re reflecting back on some of the spec

From teacher to documentary photographer to commun

Meet the Virtual Voyage Leg 3 crew! For our day-l

This Saturday, we’re kicking off our third Virtu

Watch 5 took this leg of our virtual voyage to the

Happy Anniversary to Round the World Leg 7! - This

From sailor to architect to engineer, each of the