EXXPEDITION ROUND THE WORLD

In October 2019, eXXpedition embarked on a pioneering voyage and research mission to circumnavigate the globe. The mission set out to sail multidisciplinary crews of women 38,000 nautical miles through some of the densest plastic accumulation zones, to tackle the devastating environmental and health impacts of single-use plastic and toxics in the world’s ocean.

Eight voyage legs were completed at sea, including crossing the Atlantic, exploring the Caribbean, sailing to the Galapagos and Easter Island, then finally across the South Pacific Gyre to Tahiti. Sadly, the remaining sailing legs of eXXpedition Round the World were cancelled due to COVID-19. But it didn’t stop there. Between January and June 2021, the eXXpedition Virtual Voyage programme delivered a transformative experience on land and online. The Virtual Voyages to Tonga, Fiji, Vanuatu, Australia, South Africa, Brazil, Caribbean and the Arctic followed the Round the World route to complete our journey engaging with many local organisations along the way. 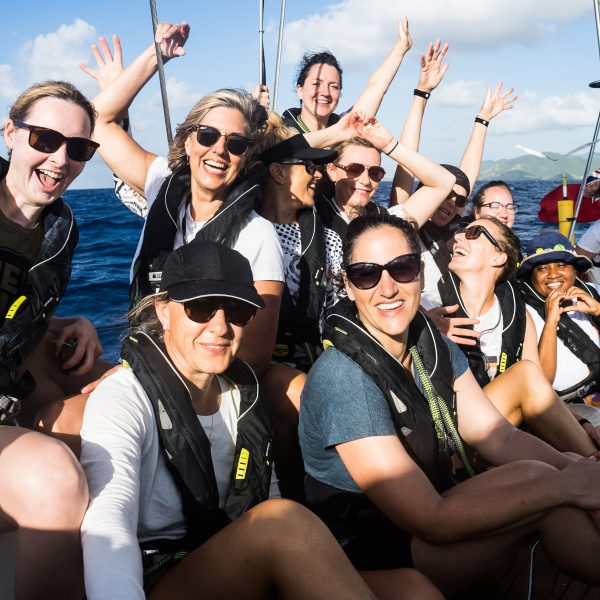 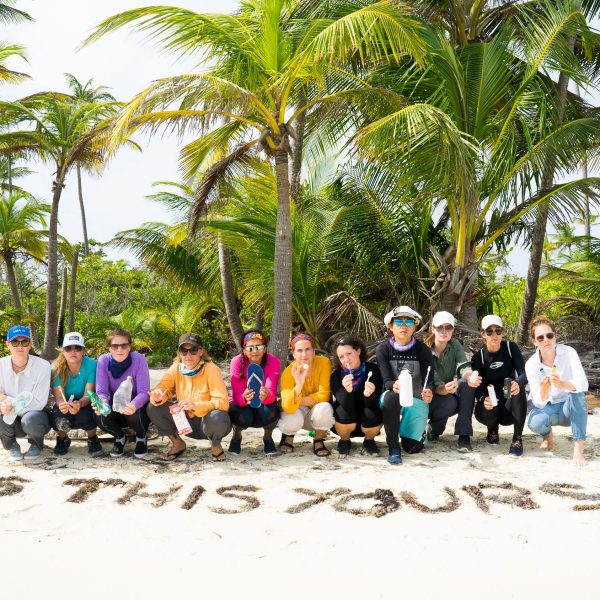 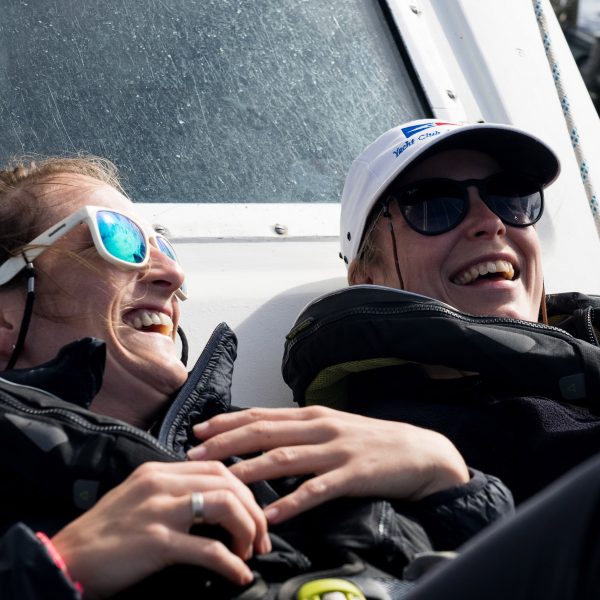 Our diverse crew has included teachers, marine biologists, filmmakers, circular economy experts, entrepreneurs and more. We hope that the crew’s first-hand experience of the real challenge of plastic pollution gives them the authority, confidence and deep sense of motivation to take action on plastic in their areas of expertise. 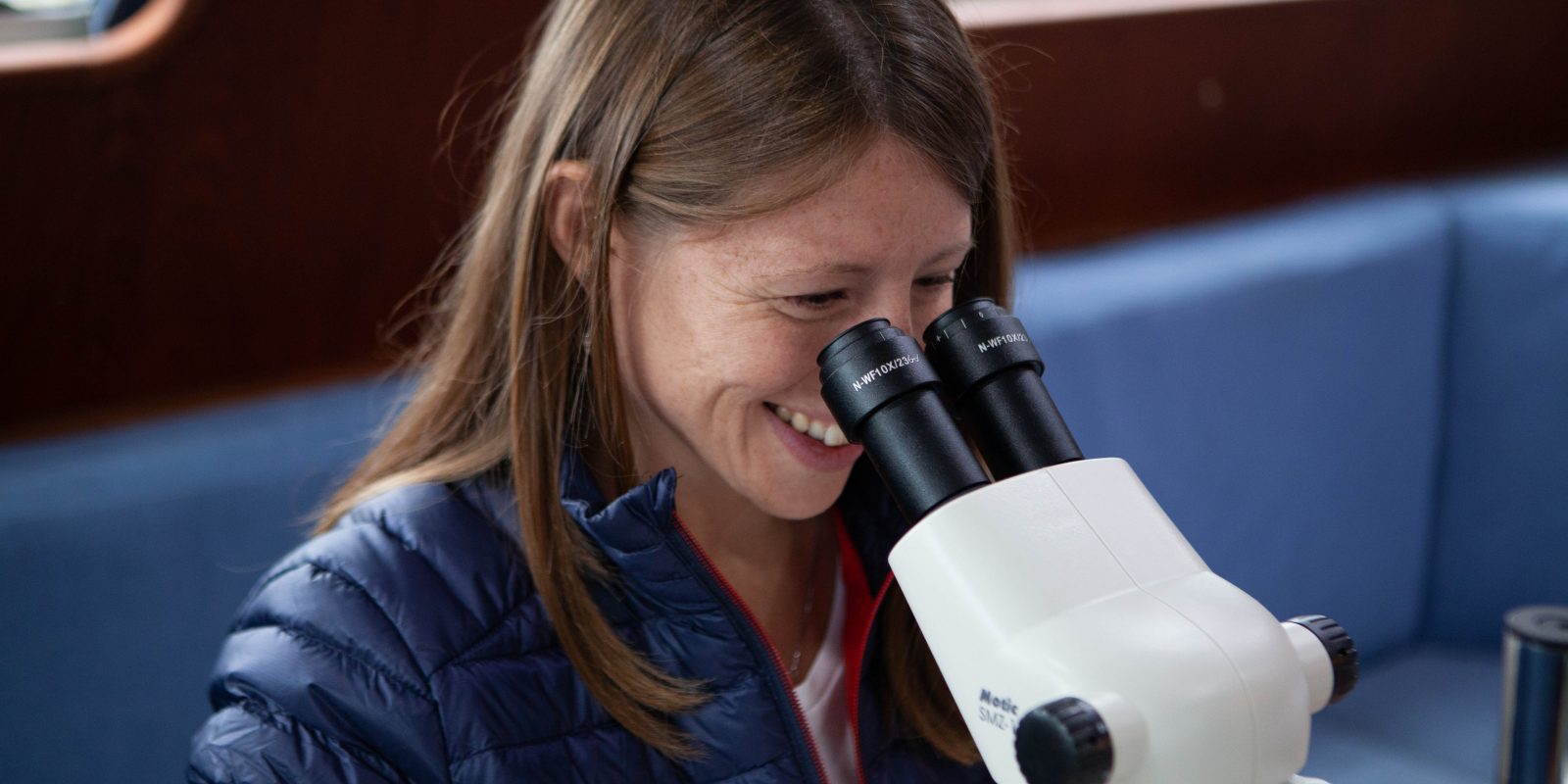 Our approach for the research for eXXpedition Round the World was to use holistic research methods to better understand the quantity, distribution and sources of marine plastics to pinpoint where the solutions lie on land.

We aimed to advance a better understanding of the plastics issue as a whole, and to work with industry to identify solutions and policy at a global level by addressing knowledge-gaps and delivering evidence to inform effective solutions. 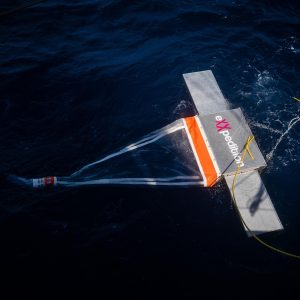 Samples were collected using a manta trawl – a fine-mesh net designed to skim along the surface of the ocean – to collect microplastics floating on the surface. 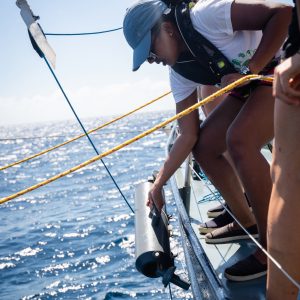 We used a Niskin bottle – a container that can collect a water sample at depth – to collect samples 25 metres below the surface in order to analyse microplastics within the water column. 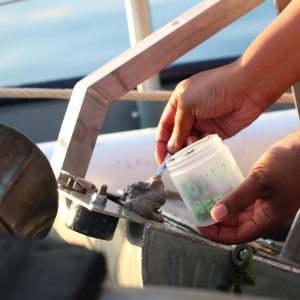 We conducted sediment sampling using a Van Veen grab – a metal device that collects sediment – at near-shore locations on our route to sample microplastics that have sunk to the seabed. 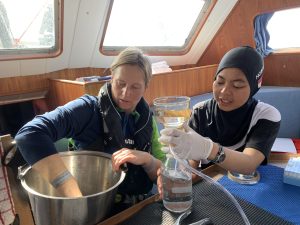 We collected air samples to determine the threats of airborne microplastics in remote oceanic locations and potential of wind as a vector for microplastic contamination in collaboration with Dr Stephanie Wright and Stav Friedman from King’s College London. 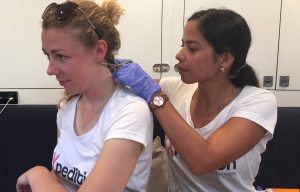 We took hair samples of guest crew to analyse mercury levels in collaboration with wildlife biologist Oksana Lane, based in Maine, USA. 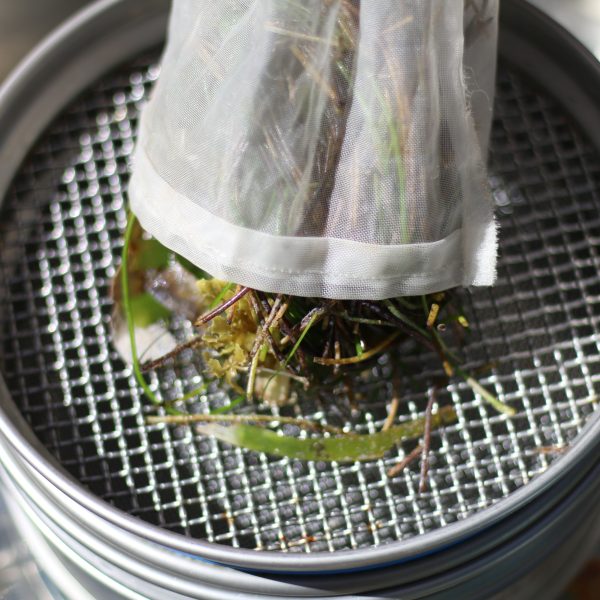 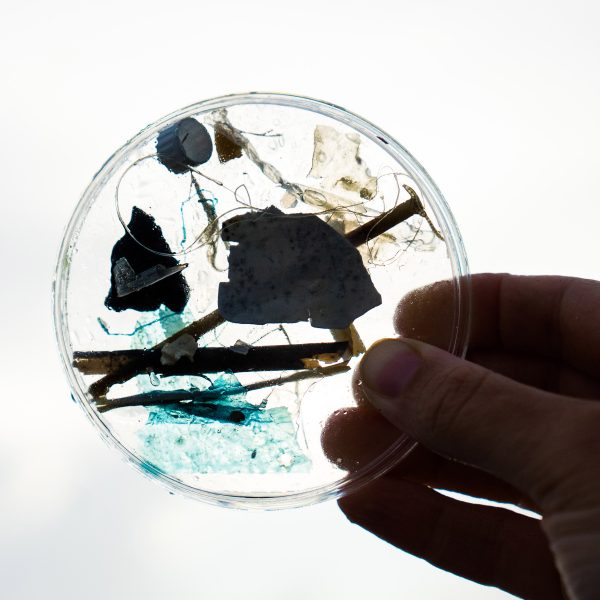 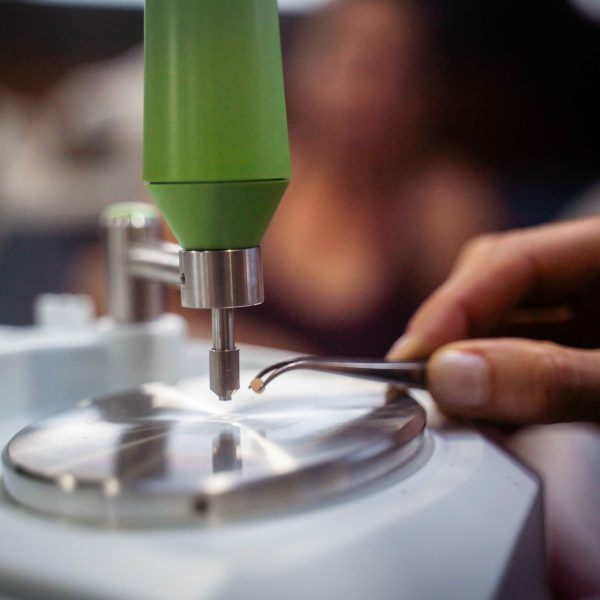 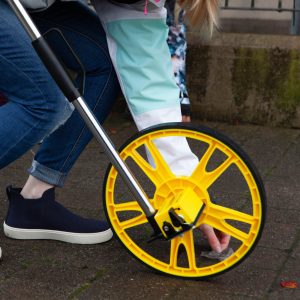 On land we conducted CAPLite Waste Management Street Surveys using the Circularity Assessment Protocol (CAP) to characterise land-based litter, logging items into the Marine Debris Tracker. This involved the collection of community-level data in the countries eXXpedition visited and in the location of each crew member participating in a virtual voyage. This included mismanaged waste and waste infrastructure, and will be put into use informing decisions about how to reduce land-based plastic pollution. 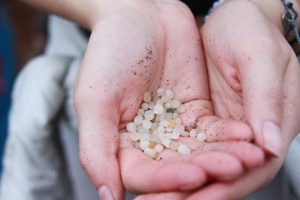 We conducted and collected samples of pre-production pellets (nurdles) for analysis of persistent organic pollutants in collaboration with Fidra and Professor Hideshige Takada from the International Pellet Watch. 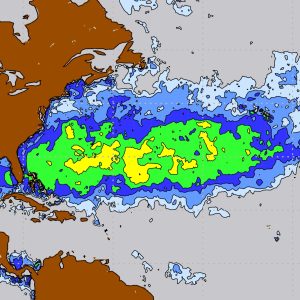 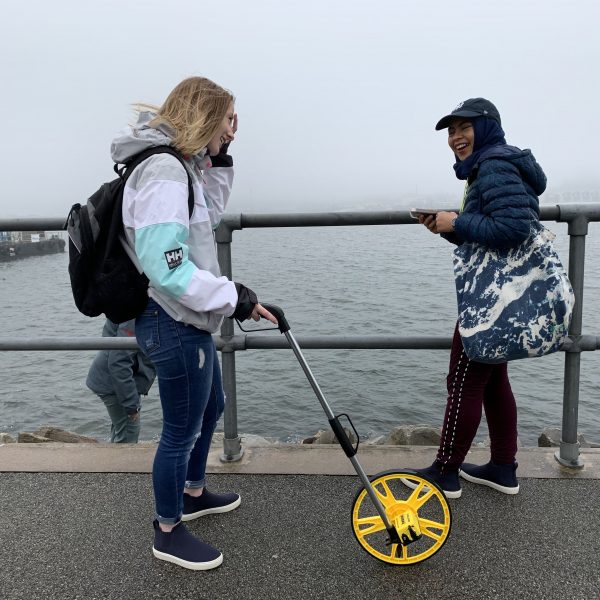 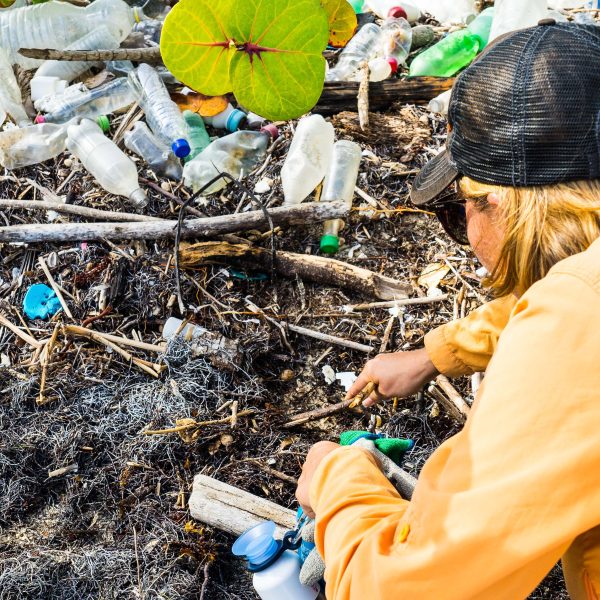 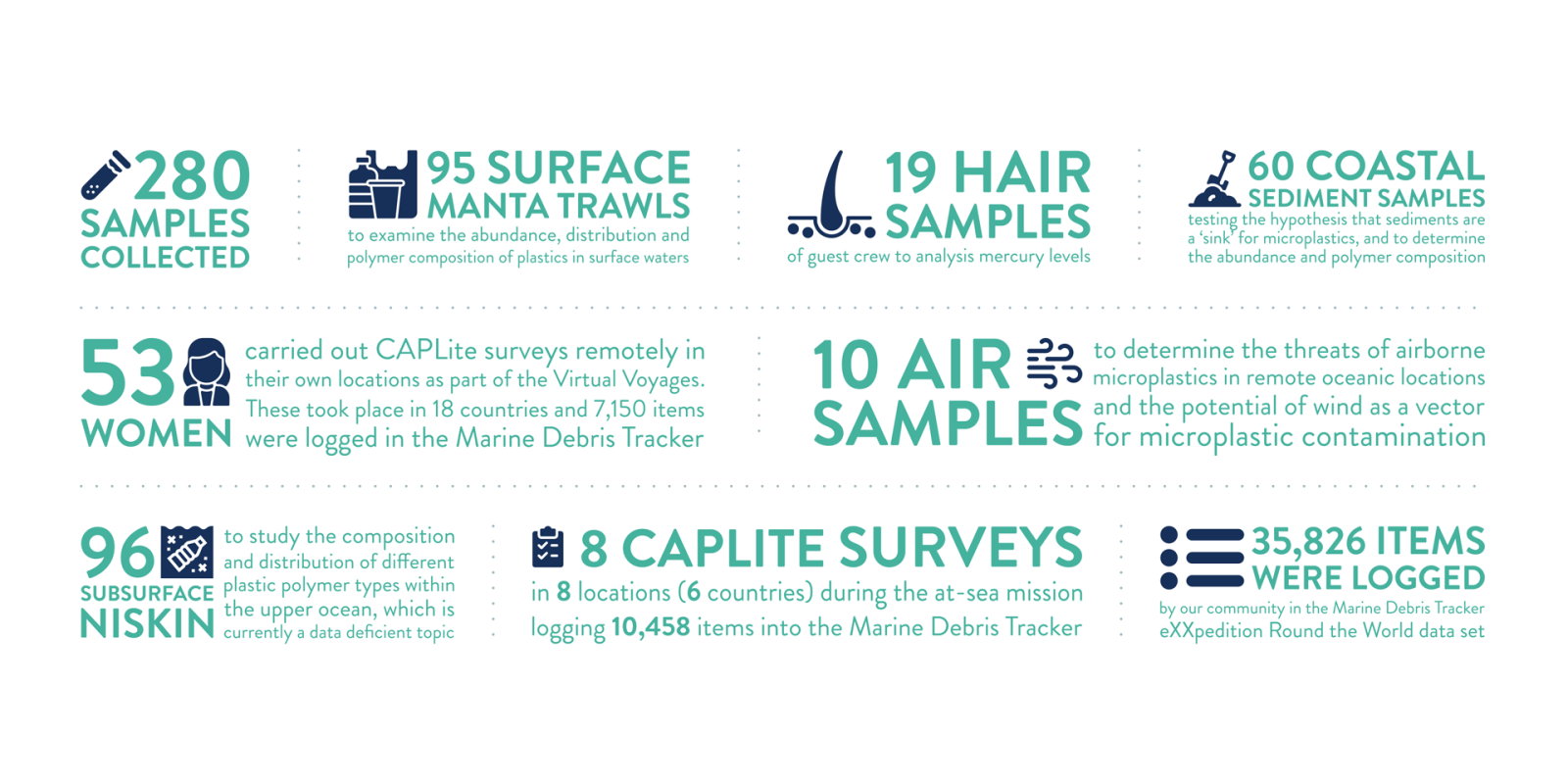 We analysed more than 2300 individual microplastics!

The largest amount we found in a single trawl was recorded near the San Blas islands (Leg 5): nearly 500 pieces of plastic.

The next most abundant locations were in the North Atlantic Gyre (Leg 2).

The majority of microplastics are ‘secondary’ in their origin – this means they have arisen from the fragmentation of larger items.

‘Fragments’ dominated the samples (83.2%) with ‘monofilament line’ being the next most prevalent microplastics type (5.9%). Followed by ‘film’ at 5.8%.

On every voyage leg, Polyethylene (HDPE/PE) has dominated the manta trawl samples, comprising 57.1% of the microplastics identified.

Polypropylene had the next highest contributions to the total of microplastics identified. 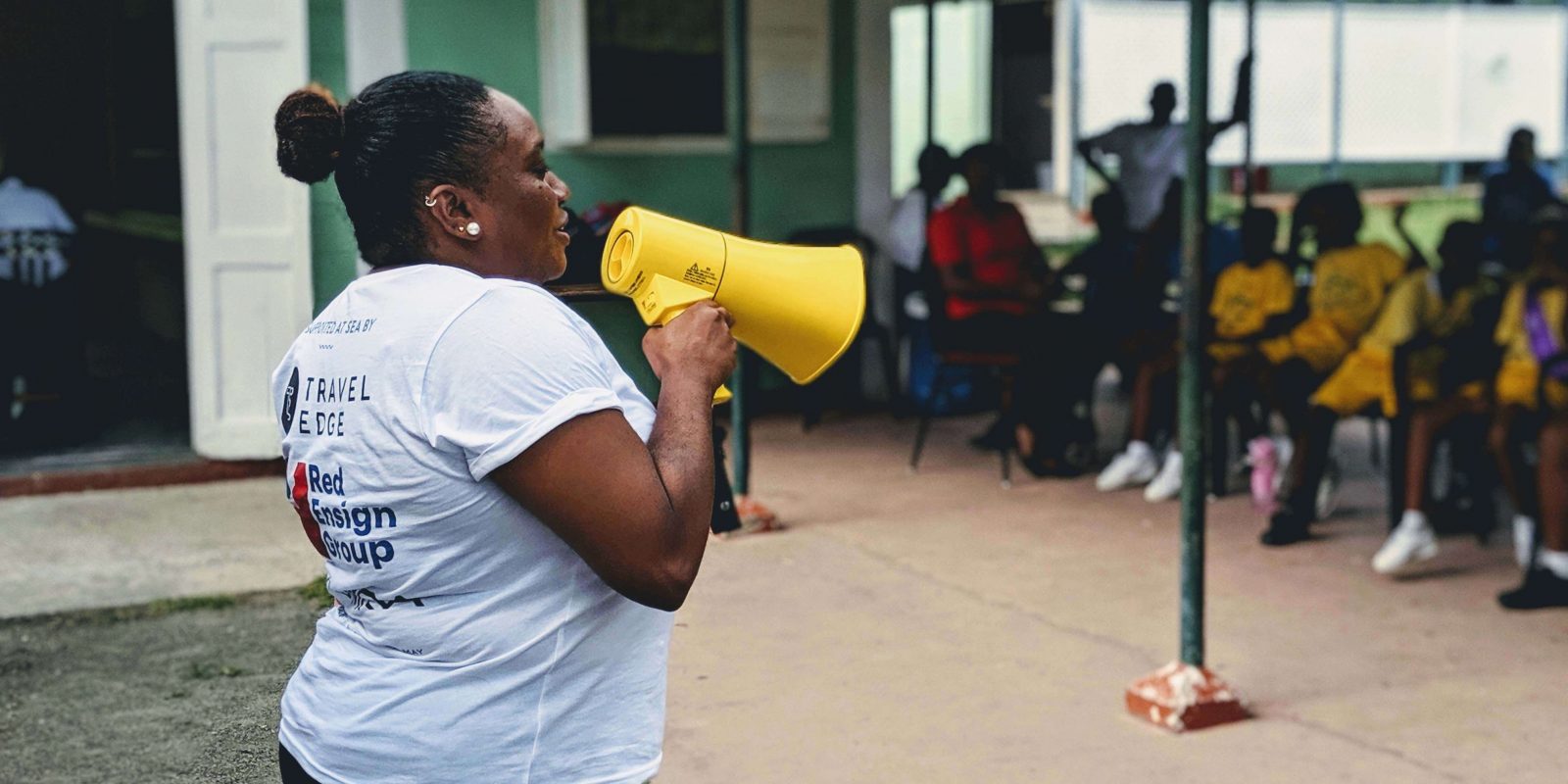 We collaborated with local partners and communities at every stop of our Round the World mission – at sea and virtually – sharing our stories, experiences and findings at community events, workshops and presentations while learning and understanding more about the challenges and opportunities they face locally.

Whether it’s through outreach events and engagement, school talks, ministerial meetings, sharing samples with local researchers, or helping support the implementation of local science programmes – like IBLab in Aruba – establishing a relationship with local people is key to furthering our impact long after our sailing vessel sets sail.

The women taking part in our mission have been busy sharing their experience with the world. By October 2021, our crew had hosted over 120 events in 14 countries and shared their stories through interviews, blogs, talks and workshops. View our ambassador stories here.

eXXpedition Round the World generated over 1,100 pieces of international media coverage, including news reports, specialist in-depth features and interviews across every continent (except Antarctica!) helping to inform and inspire awareness and action on ocean plastics. View all media coverage here. 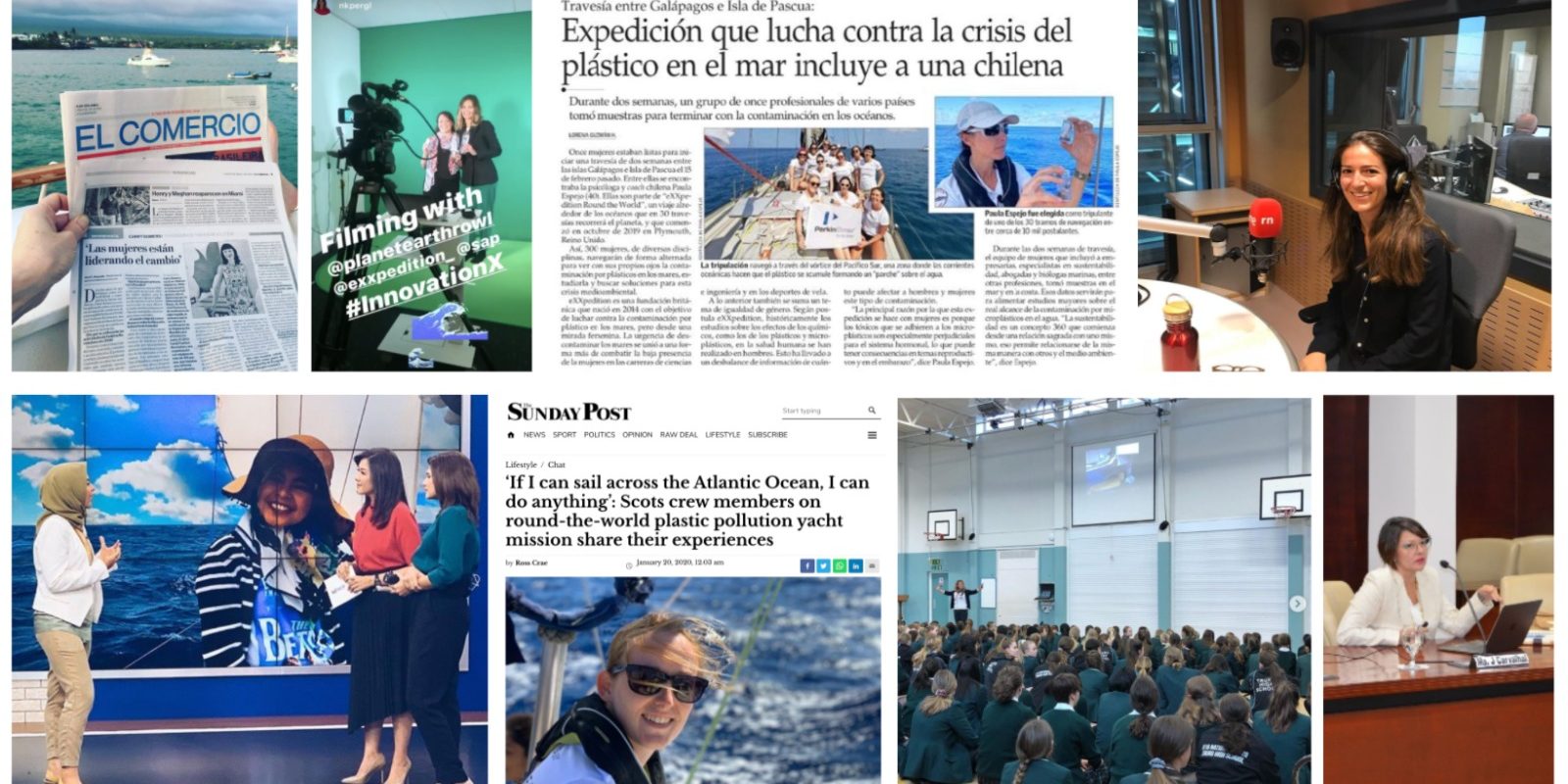 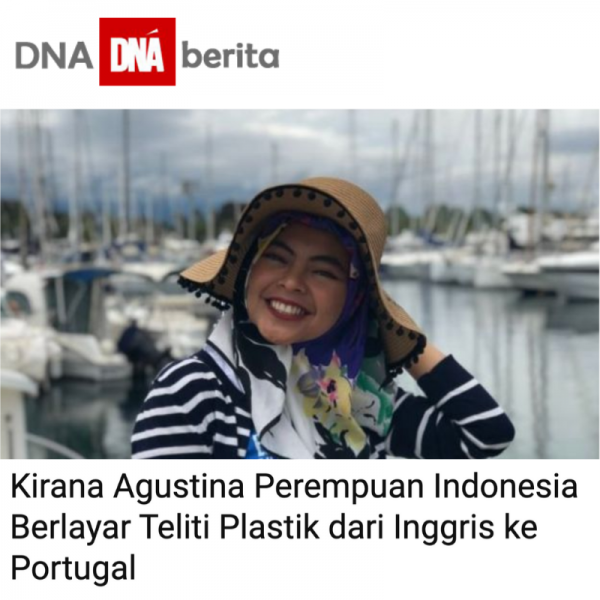 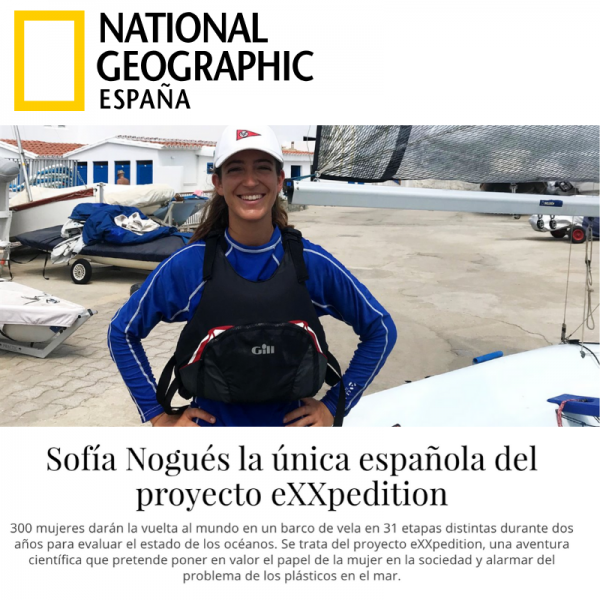 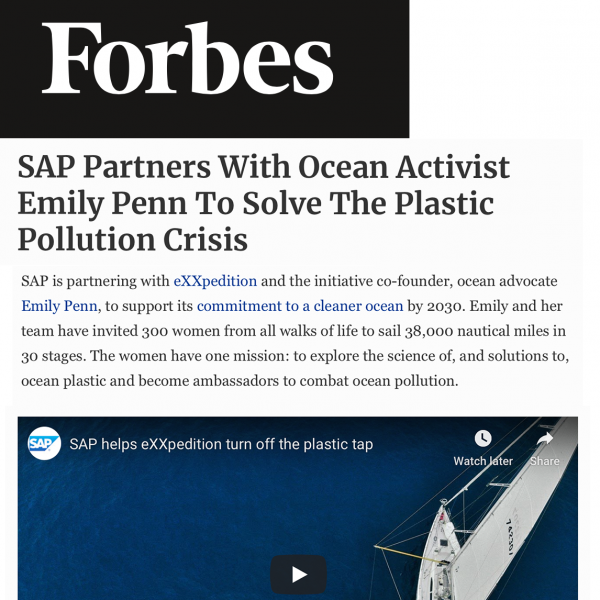 Our sincerest thanks to all the organisations that helped us to bring this innovative project to life! 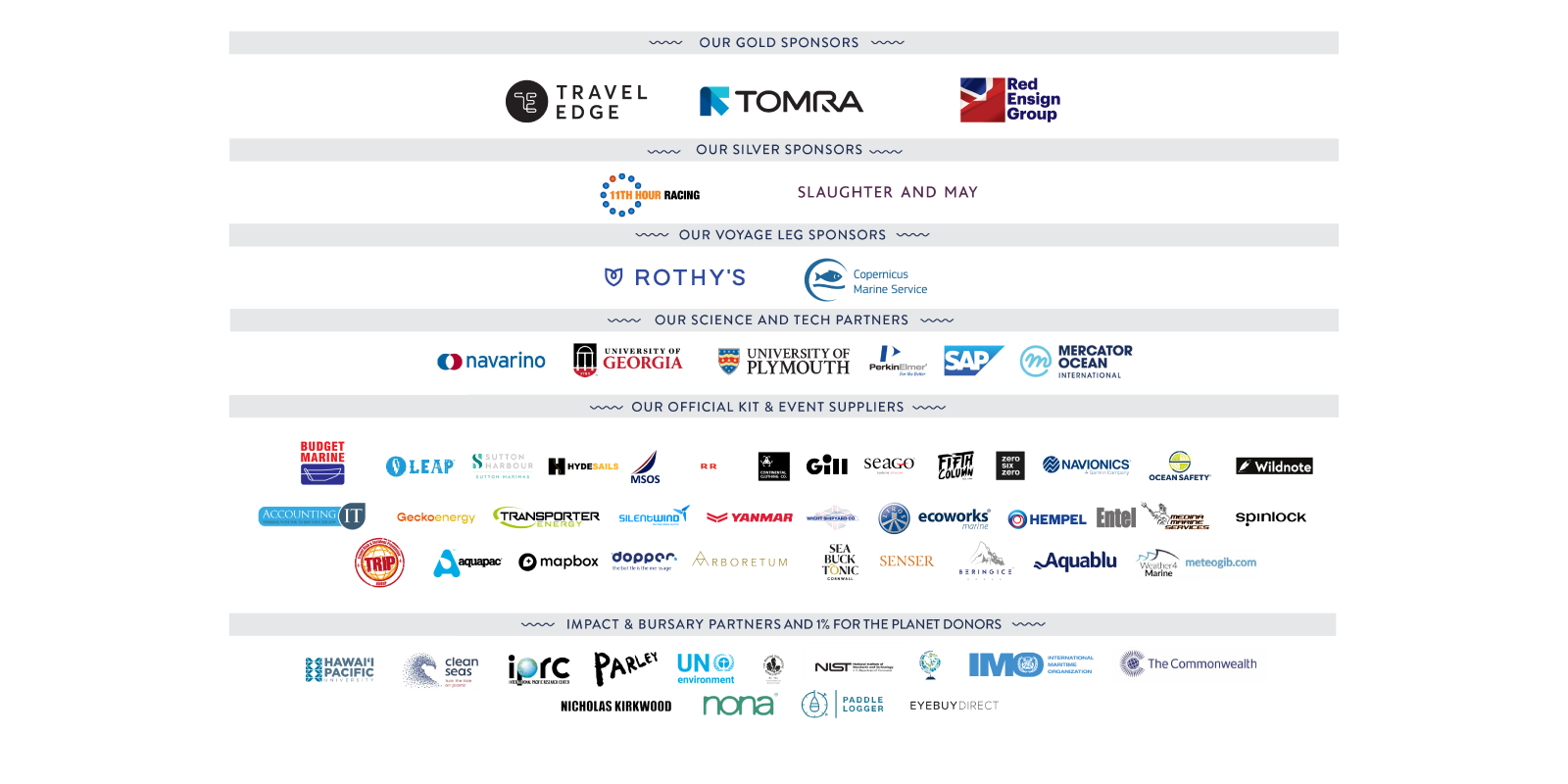 It has been a tricky time for creating change on p

From the development of phone apps to artificial i

Technology is changing the way we live, work and c

Happy New Year from eXXpedition!⁠ ⁠ With the n

… and just like that it’s the end of another y

Children’s books are a powerful tool for promoti

How can we use research to create change? ~ As pa

Each eXXpedition voyage is designed to encourage c

~ As part of our Science Spotlight series we are d

Have you considered buying recycled gifts for your